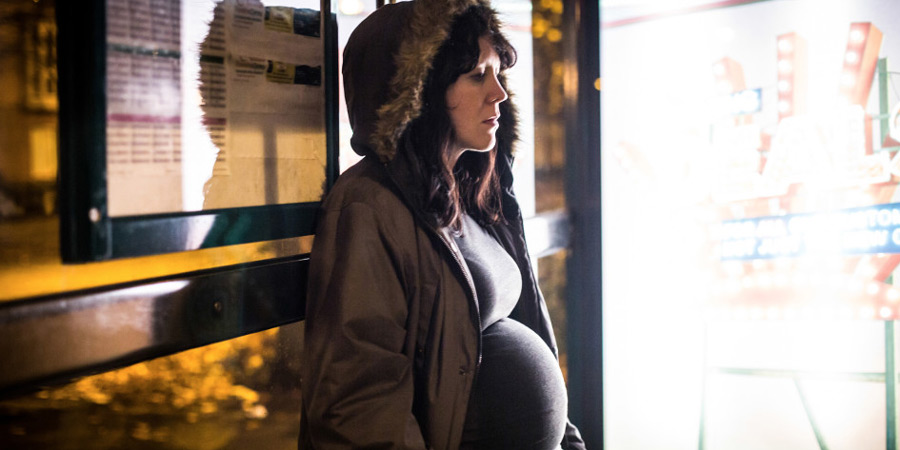 Alice Lowe makes her directorial debut in a film described as a "post-feminist revenge movie".

Lowe stars in this part-improvised film as a pregnant woman (Lowe was seven-and-a-half months pregnant during filming) who goes on a killing spree, motivated by revenge, targeting people from all walks of life.

A pregnant woman out for revenge. At first we don't know why. She kills a seemingly disparate assortment of individuals, all living different walks of life - her pregnancy is her decoy. As the film continues, her motivation is gradually revealed. And we see the real reason behind her murders.

Lowe said the film, "was based on my real experience of being pregnant. People automatically assume you're a lovely person because you're pregnant. They coo over you, they help with your bags. You think, 'Well I might be a horrible person, I haven't changed just because I'm pregnant!'. That was one of the original thoughts behind the story. I wanted to write something which defied that image of the pregnant woman as this safe, sweet, kind person... I felt like motherhood is a crazy, interesting experience and it's rarely seen on screen. If it is, it's usually in comedies, from the man's point of view, the comedic woman squeezing his hand and screaming at him. Pregnancy could be a very alien, existential experience and we don't show it on screen in those terms. I wanted to defy people's expectations of what that character was and could be, and get some humour out of it more from the female perspective."