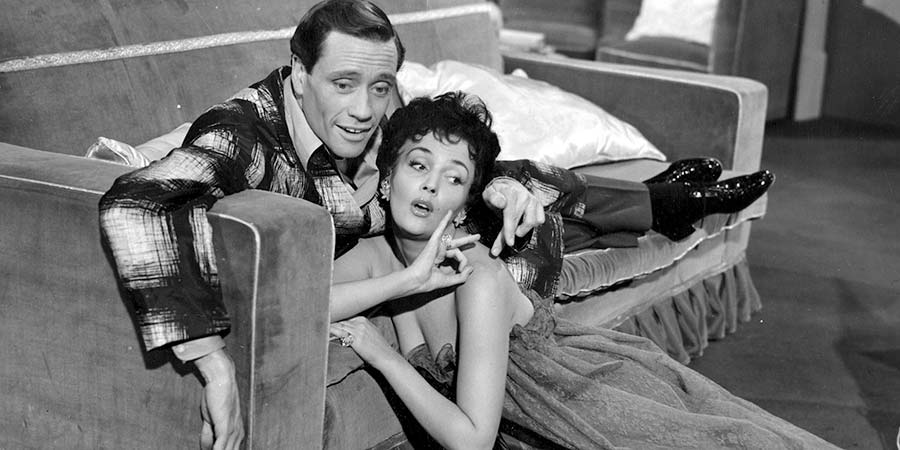 Adapted from the Strauss operetta Die Fledermaus (The Bat), itself based on a stage farce, this tale of romantic interest and japery takes the action to contemporary occupied Vienna.

Under the four-way control of the British, Americans, French and Soviets, the historic city is a hotbed of intrigue, elegance, decadence and military one-upmanship.

Between the four powers flits Austrian native Dr. Falke, a supplier of fine goods and friend to the upper echelons of all sides. Also a keen practical joker, when he is found asleep in the lap of a revered Soviet statue he is promptly arrested - but those that put him there will certainly and rightly take the blame when his military friends hear of his predicament!

Meanwhile, newly arrived in the city is US Air Force man Alfred, who's surprised and delighted to see a former flame of some 5 years previously, a beauty named Rosalinda, also resident in his hotel. But, he quickly learns, she is now married to a French Colonel - although he is the man about to take the fall for plotting Falke's sleeping position...