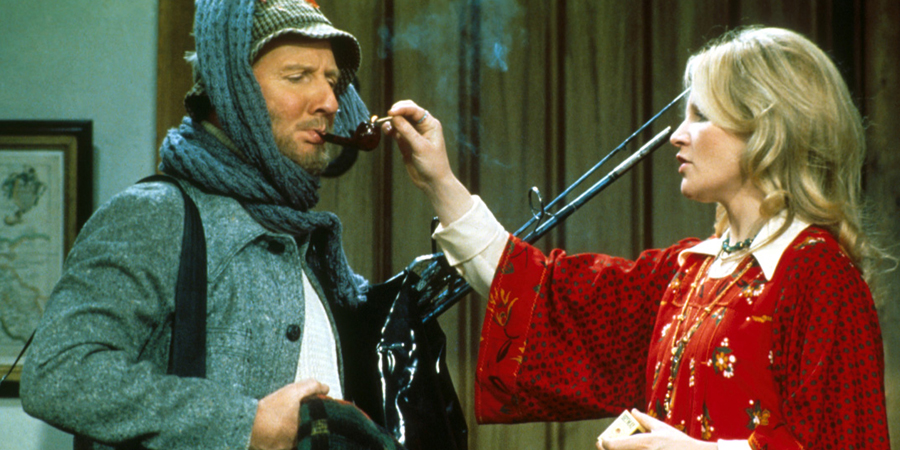 Having sneaked past his ballet company's state security guards to visit a Soho burlesque show, Russian ballet dancer Rudi Petrovyan falls in love with its star, Barbara Wilcox. Determining to defect to the West to be with her, an escape is arranged: during a photo call outside the Royal Albert Hall, a distraction will be caused so that he may jump into an open car boot and be driven away.

Unfortunately for Rudi and Barbara a slow-speed car crash nearby causes a similar motor's boot to pop open: and he hastily leaps inside the car of none other than a Ministry of Defence official, Naval Commander Rimmington.

Barbara pursues them to Rimmington's country home where she enlists the help of his daughter, Nancy, and her boyfriend, Gerry - a civil servant at Number 10, no less!

With the dancer's disappearance already making national headlines, the Government keen to avoid embarrassment, and Russian security services in the garden, Barbara, Gerry and Nancy - along with reluctantly involved gardener Hoskins - attempt to get Rudi away without anyone finding out what's going on and who is really who.

An MI6 official turning up at the front door is just the start of their problems...

Production company
Soundtrack
Theme tune Not Now composed by Walter Ridley with lyrics by Sammy Cahn and sung by Don Estelle. Other music composed by Harry Robinson.
Laugh track
None