Filming has begun on The Personal History Of David Copperfield, the new film directed by Armando Iannucci.

The acclaimed comedy producer and director is following on from his last film, The Death Of Stalin, with this adaptation of the classic Charles Dickens tale. Iannucci has written the script with comedy writer Simon Blackwell, a long-term collaborator who has also worked on shows with him such as The Thick Of It and Veep.

Described as "a fresh and distinctive take on Charles Dickens' semi-autobiographical masterpiece", The Personal History Of David Copperfield is set in the 1840s and chronicles the life of its iconic title character as he navigates a chaotic world to find his elusive place within it.

Film4, which is financing the movie, says: "From his unhappy childhood to the discovery of his gift as a storyteller and writer, David's journey is by turns hilarious and tragic, but always full of life, colour and humanity."

The production team is very similar to that which worked on The Death Of Stalin, with Kevin Loader as co-producer.

Principal photography is underway on location in the UK now, with further details about who plays which character due to be revealed in due course. 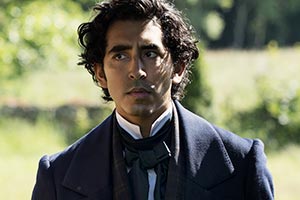 The Personal History Of David Copperfield