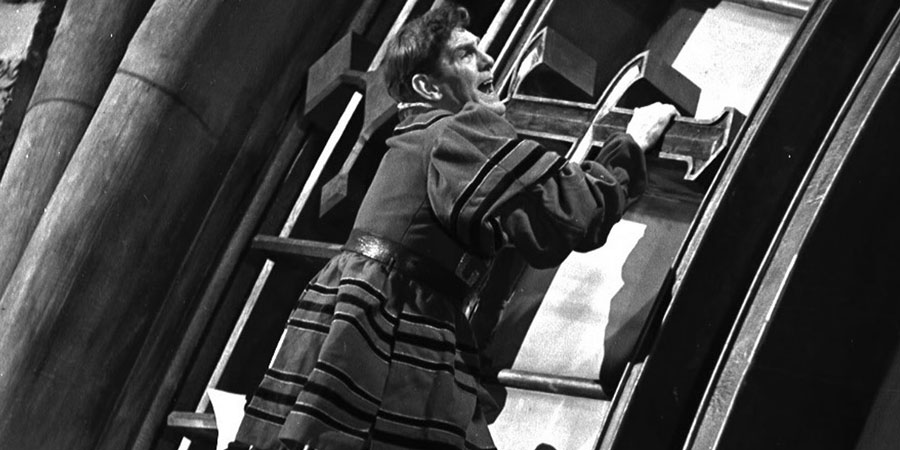 Released from prison, a convict is gunning for the men who put him away. Will Hay is on the list, and enlists the help of Claude Hulbert

Facing charges related to apparent attempts to defraud, former barrister William Fitch uses his wily arguing skill and knowledge of the technicalities of the law to engineer his case a dismissal by the judge. The case doesn't end happily for all, however, as the prosecuting counsel, Claude Babbington, finds himself out of work for failing to secure a conviction.

In turn celebrating and drowning their sorrows at the case's outcome in a nearby pub afterwards, the two men begin talking but are soon disturbed by a new arrival, with whom Fitch is already familiar. Just released from prison after a three-year stretch for forging £5 notes, the fellow - Grimshaw - has clearly become deranged during his incarceration, and swears revenge upon everyone responsible for putting him away: revenge of a very final kind indeed!

Unfortunately for William, despite having acted in Grimshaw's defence, the man has decided that the case was conducted so poorly that he is also to blame, albeit last on the list. Reassuring Fitch he's only joking, Grimshaw makes his departure - but leaves behind a newspaper, in which he's highlighted a story reporting on the death of the judge who sent him down.

Now witness to the shocking revelations, Babbington's help is enlisted by his new-found friend and they begin an investigation, desperate to stop Grimshaw in his tracks before he can kill anyone else, and certainly before he can pay back his former defender for his failure in the court room!