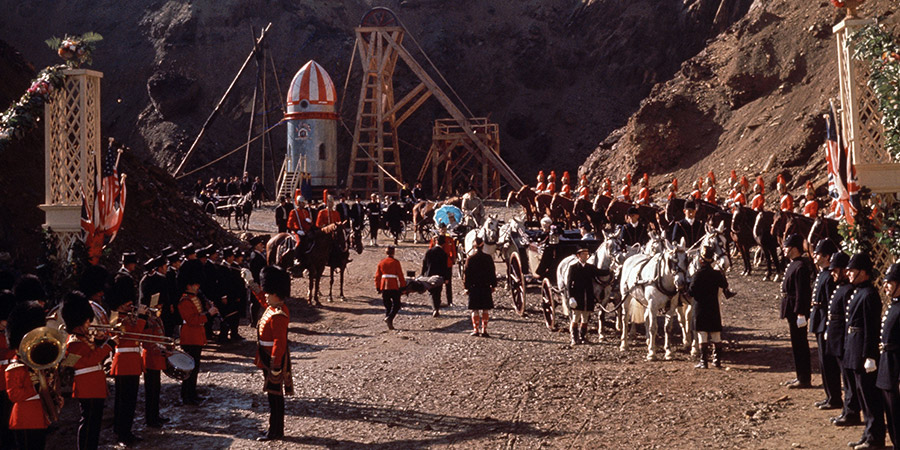 Jules Verne's Rocket To The Moon

In Victorian England, the race to build, invent and discover is at its peak but results in many embarrassing and dangerous failures.

In the US, meanwhile, when Phineas T. Barnum's "Greatest Show on Earth" burns to the ground, he heads to England with his star, Tom Thumb. Barnum and Thumb are invited to a scientific lecture by Professor Von Bulow, who plans to send a projectile to the Moon using a powerful new explosive he has invented. Barnum sets about finding the money to build a giant cannon to fire the projectile, carrying a reluctant Tom Thumb, however the spaceship designed by Sir Charles Dillworthy proves useless since it does not have the capacity to return to Earth.

Barnum then meets an American balloonist Gaylord Sullivan, who has run off with his girlfriend - on what was supposed to be her wedding day to a wealthy Frenchman, Henri. Gaylord claims that he has designed a projectile equipped for a round-trip and Henri offers to finance Gaylord's missile if he agrees to take Tom Thumb's place.

Meanwhile, Dillworthy and his shady brother-in-law, Harry Washington-Smythe, plot to sabotage the moonship expedition; but the saboteurs end up on a journey they hadn't bargained for.