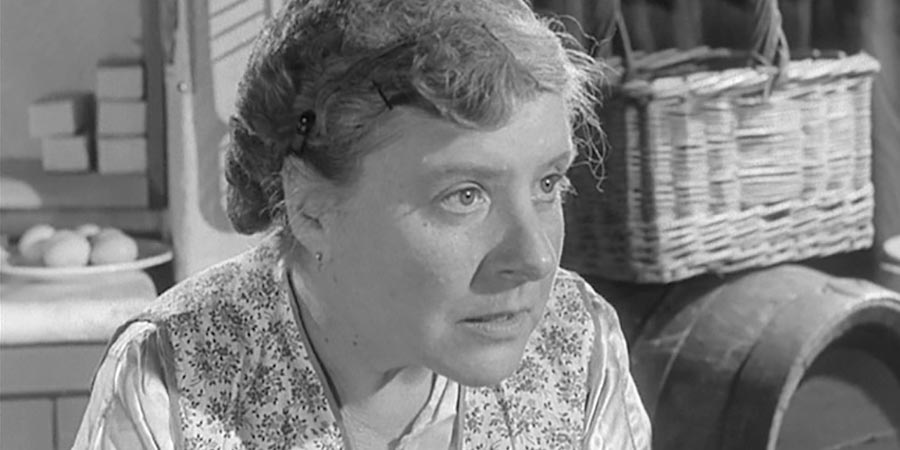 After twenty five years service with Belchers Brewery, Alf Larkins is bitterly disappointed when the Directors consider him unsuitable to run one of their pubs. Ada, Alf's spouse, tells them what she thinks of them and they agree to let the Larkins run "The Earl Osbourne", a remote, declining country pub.

Rival brewer, Harold Gaskin, hearing that a new road is to be constructed running past Belcher's pub, offers to buy it. When Belcher refuses Gaskin gets his nephew Percy to get rid of the Larkins.

The Larkins arrive at the pub and discover Silas, the potman, and a "ready made" boarder Yvette, a young French artist. The pub does no business. The villagers boycott it because they don't like Belcher's beer! Yvette meets Lord "Bill" Osbourne, an impoverished member of the Aristocracy and they become great friends. Percy tips off the local Constable, Sgt Saunders, to keep an eye on the Larkins.

Early one morning Ada and Alf are aroused by the local Hunt, led by Sir Hector Gore-Blandish, an irate old gentleman. A fox runs into the bar, followed by a pack of hounds. Sir Hector enters with Percy. He demands the fox back, but Ada threatens him and they retire.

Still no business at the pub, Alf has a brainwave. He and Jeff place a "Diversion" board on the main highway, and Bill, Eddie and George fell a huge tree at another road junction.

Soon there is a traffic jam outside "The Earl Osbourne"! Ada plies the irate motorists with free sandwiches. Alf smothers the next lot with salt. Presently the bars are crowded with thirsty motorists, clamouring for beer. The Larkins are sold out and the Belchers are astounded when Ada orders more beer!

Alf gets another brainwave. He telephones his pal Sid, a coach driver in London, who a few evenings later brings a coach load of "customers" on a "Mystery Tour". Alf and Jeff are staggered whey they return from the village and see the pub packed with locals. Ada divulges that Bill, who brews his beer from spring water, which dries up very quickly, is supplying her with beer.

Jumbo Gudge challenges Alf to a drinking contest, which is arranged for the following Saturday. John and Peter Belcher decide to visit the Larkins. So does Harold Gaskin and his partner, Finch. Gaskin is still anxious to buy the pub - and John consistently refuses to sell.

Sgt Sanders arrives and accuses Ada of adulterating the beer. To establish his charge he asks for a pint. But Silas, the potman, who is in league with Percy, drops a jar of tiddlers into Sanders' drink. The Sgt doesn't drink it but Jeff does. He gulps it down and mutters that it was marvellous!

Gaskin knows that the game is up and before departing takes a "swig" of the Osbourne beer and collapses on the floor. Finch accuses John of doping his partner and drinks the remainder of Gaskins' beer. He too, collapses.

John thanks the Larkins for saving his Little Goldmine. Then he asks about the Osbourne beer. Ada shouts to Bill how is in a clinch with Yvette. Bill agrees to sell his beer to the Belchers, but remembers that his water spring is dry.

At that moment, Ada's son Eddie and his pal George, who have been divining emerge from the cellar dripping wet. They have found a new spring.

Ada warns Alf that this will be the last of his drinking escapades. Alf says that's impossible. John Belcher has just become a life member of "THE FLUIDS". They all grin at Ada as she looks at John Belcher reproachfully.