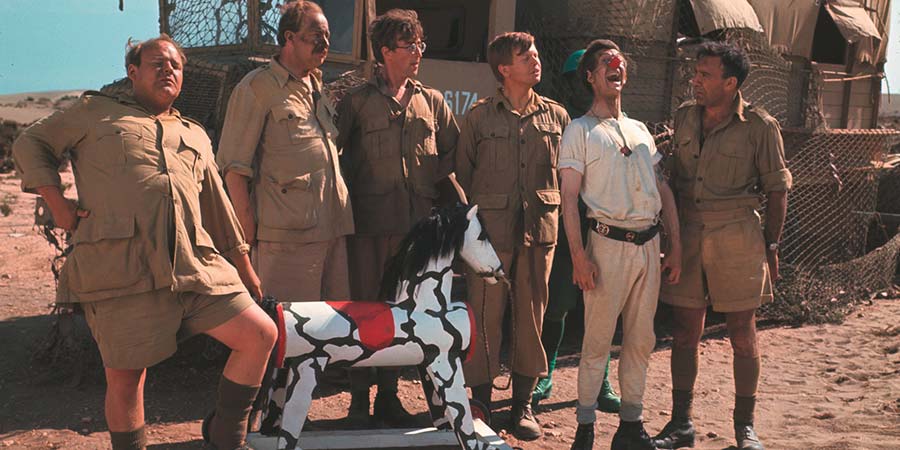 How I Won The War

Both anti-war and anti-war-film, How I Won The War is an absurdist, fourth-wall-breaking take on the futility of armed conflict, based in part upon Patrick Ryan's 1963 comic novel of the same name.

Told in parallel with his eventual capture by German troops in Spring 1945 as the Allies close in on the Reich, the film focuses on British Lieutenant Ernest Goodbody, a complete incompetent in charge of a small band of men who view him with rightful disdain. He and his men are tasked with trekking far behind enemy lines in the African desert in order to prepare a perfect English cricket pitch for the coming British troops.

Facing multiple obstacles and calamities en route - many of their, or rather, Goodbody's, own making - the unit face dehydration, starvation, fuel shortage and death at enemy hands before they can fulfil their ultimate task.