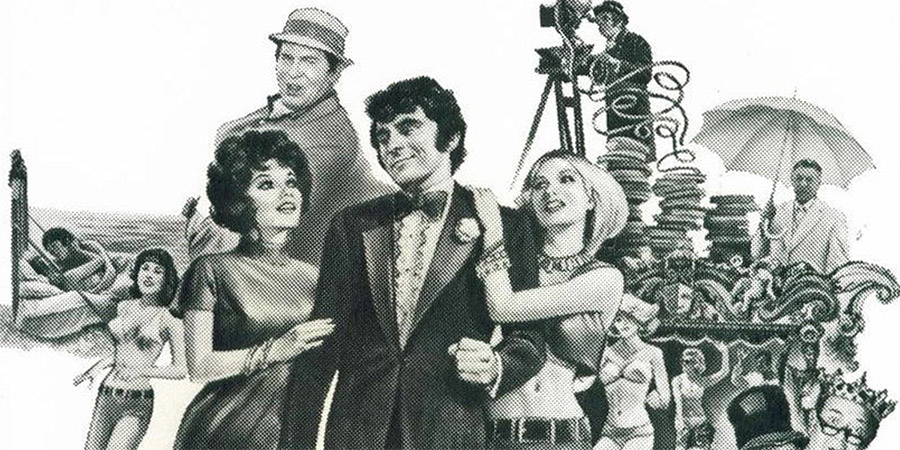 On reaching 40, an actor recounts his life story and womanising past to his mother and two children

Meta-musical comedy about an actor, charting his life story to his elderly mother and two infant children shortly after turning 40 and embarking upon a mid-life crisis.

Re-enacting scenes from his past on a sandy beach, the tale inter-cuts with imagined studio scenes as he films a motion picture version of his younger life, complete with interference from script-writers, producers, executives, critics and a mysterious, silhouetted director.

In particular his adult life to date seems to revolve around a string of women, of decreasingly younger ages: there's the innocent Filigree Fondle; the angelic Mercy Humppe; and the vivacious Polyester Poontang, to name but three - it certainly seems that his womanising past is something Heironymus Merkin cannot easily forget, nor let go of!