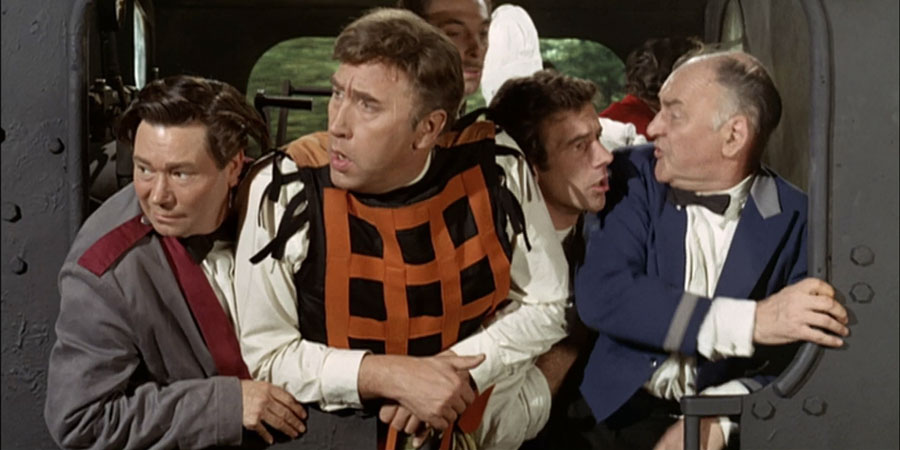 Frankie Howerd falls foul of the infamous schoolgirls in their fourth outing. The girls confront a hapless gang of crooks trying to retrieve stashed loot

A gang of train robbers lead by Alfred Askett (Frankie Howerd) have hidden £2.5 million in a large abandoned house. However, little do they known who is about to take it over...

The new Labour Minister for Schools, Sir Horace, decides to give a grant of £80,000 to St. Trinian's School for Young Girls, the most troublesome school in the world, as part of an experiment to see if its performance can be improved - but it is really to please his mistress Amber Spottiswood, who is also the school's new head.

Soon the staff reform, including Flash Harry (George Cole) as Chairman of the Board of Governors, unaware of the hidden 'extras' that the building holds. When the robbers turn up, still believing the old house to be empty, they're spotted and ambushed before they can reclaim the money.

What follows is little short of a pitched battle: Ministry against school; and robbers and girls against each other - and largely on a railway!