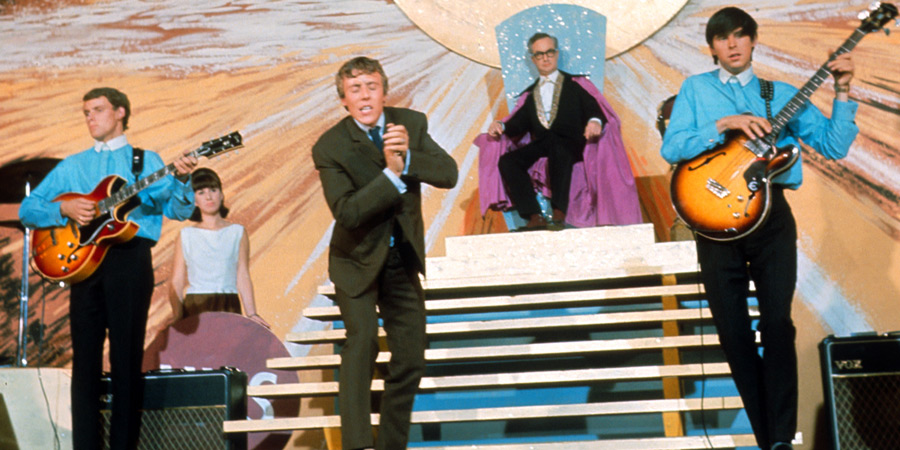 In the far future, Earth has split into two rival populaces based on musical taste. A representative of the Galaxy is sent to unite the factions

On hearing of a somewhat turbulent social situation on Earth, the Great Galaxian summons a Metorian Ambassador for a special mission to restore peace and friendship to this planet of rivalry and unrest.

To his horror, the Galaxian discovers that the only ambassador available is Wilco Roger, an unorthodox character with a long record of remarkable incompetence. He offers Wilco an ultimatum for this task: achieve complete success or face banishment to the dreaded planet Gonk.

Arriving on Earth, Wilco soon experiences the nature and extent of the division: a split along lines of musical tastes, leaving the entire populace separated into the competing factions of Beatland and Balladisle. One is keen on swinging beats and the other on smooth ballads - and each equally determined that their own style is not only far superior, but the other almost unlistenable-to!

A certain Mr. A. & R., who presides over an annual music contest between the two groups from his own neutral island, has for the last three years been declaring a draw in an attempt to placate tensions, but it only seems to have been making matters worse. Together, he and Wilco agree they must put an end to the fighting once and for all.

Struggling for a suitable plan, Wilco deduces that a Romeo & Juliet-like plot of love between the tribes might work, and Mr. A. & R. suggests he knows just the right young pair to be central to the scheme: but pulling it off is not going to prove quite so easy.