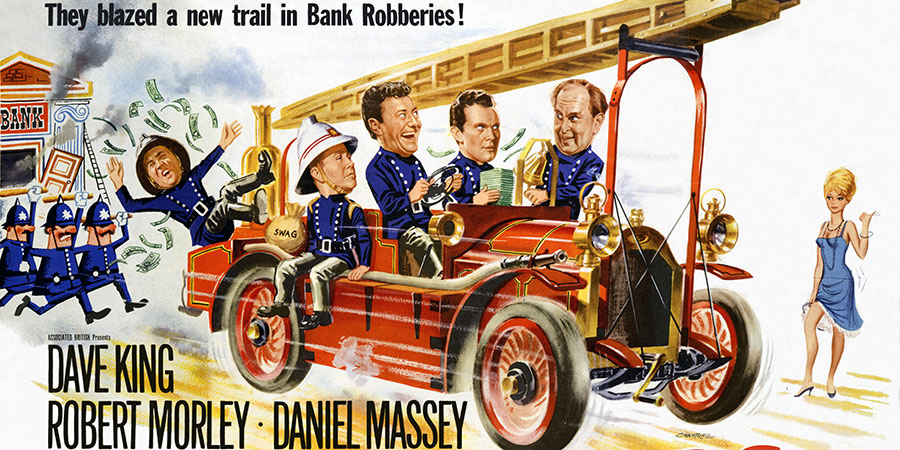 Smash-and-grab robbers Harry, Bernard and Alfie are apprehended in their latest escapade when their getaway car gets stuck in traffic giving way to a fire engine. Although duly sentenced for their endeavours, the trio are quick to make note of the fact and resolve to use it to their advantage when they get released!

Two years later and the boys are indeed free once more: they waste no time in setting about acquiring an engine, and eventually execute a daring swap for one belonging to a small, quiet Welsh village where Bernard was evacuated during the war.

Returning to London, however, they quickly find unexpected obstacles in way of their first ingenious raid. The capital's traffic, policemen on the beat, and a chance encounter with a haute couture fashion house all conspire to get in their way - and then they're mistaken for real firemen and are called on to assist an emergency! They're going to need to refine their operation if they hope to pull anything off for real.

Pondering the situation and gazing upon the capital's fire stations for inspiration, a discussion overheard quite by chance leads them to the solution: a crooked fireman, Withers, is being sacked after one too many suspicious incidents - it doesn't take him long to jump on board with the trio's plan!

Now a foursome, the crooks begin preparing for their biggest endeavour yet. Withers trains the others in the art of firefighting so they can more reasonably pass themselves off, and just in case they are once again caught up in a real emergency. And this time they have a bank job in mind...