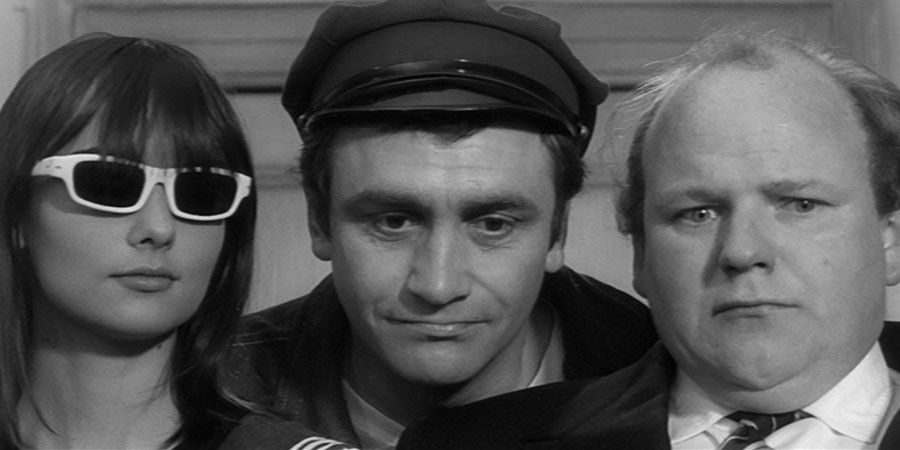 In the so-quiet-it-seems-deceased seaside resort of Gormleigh, new deckchair attendant Jim is restlessly whiling away the hours of emptiness with the help of his girlfriend, a beautiful young American, Judy, currently working as a reporter for the Gormleigh Gazette. One painfully quiet evening, an argument between the pair leads to a bet, a challenge, and an idea to turn the resort around: luring a major celebrity to the town in aid of publicity and a boost to visitor numbers.

Dismissing original - and largely joking - suggestion Brigitte Bardot as unmanageable, it doesn't take pin-up fan Jim long to come up with an alternative. Actress and former model Francoise Fayol is about to release her latest film, and having written to her in the past he's sure he can convince the French beauty to travel to Gormleigh and help him launch a brand new film festival.

The pompous mayor is less than convinced by Jim's ideas, but one look at a life-size poster of Francoise posing in a two-piece swimsuit has him swayed. However, Jim's slightly overstated his 'relationship' with Francoise, and as he sets off to France with Entertainments Manager Henry Ligget, there's certainly no guarantee she'll even talk to them, never mind consent!

Arriving on the other side of the channel, Henry and Jim are fortunate enough to find the glamorous star in a less than delightful mood. Enraged with what she sees as the cheap and tacky promotion stunt arranged for the new film by its producer (also her boyfriend), she doesn't take much convincing to travel to England and give something quite different a try.