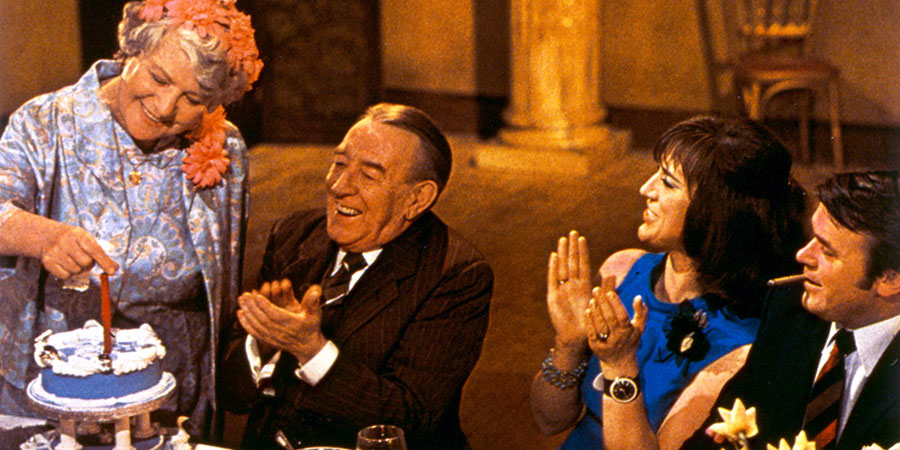 For The Love Of Ada

Film sequel to the popular television sitcom, following Ada and Walter on their first wedding anniversary

Old-age pensioners Ada and Walter Bingley have reached the first anniversary of their wedding. Unknown to them, Ada's daughter Ruth has planned a surprise party for the occasion at the local Masonic Hall.

Walter has bought a locket for Ada with his savings but is horrified to learn that she has given his old jacket, complete with locket in a pocket, to the vicar for a jumble sale. He dashes out to retrieve it, but Ada is distraught to hear that he has been involved in a serious accident.

The vicar, meanwhile, has found the locket and returned it to a surprised Ada - and then Walter returns unharmed, the news of the accident having been a case of mistaken identity. They slip away for a quiet celebration themselves, and on their way home pass the Masonic Hall in time to be greeted by their exasperated son-in-law.

Production company
Soundtrack
Title theme What Could Be Nicer written and sung by Gilbert O'Sullivan.
Laugh track
None