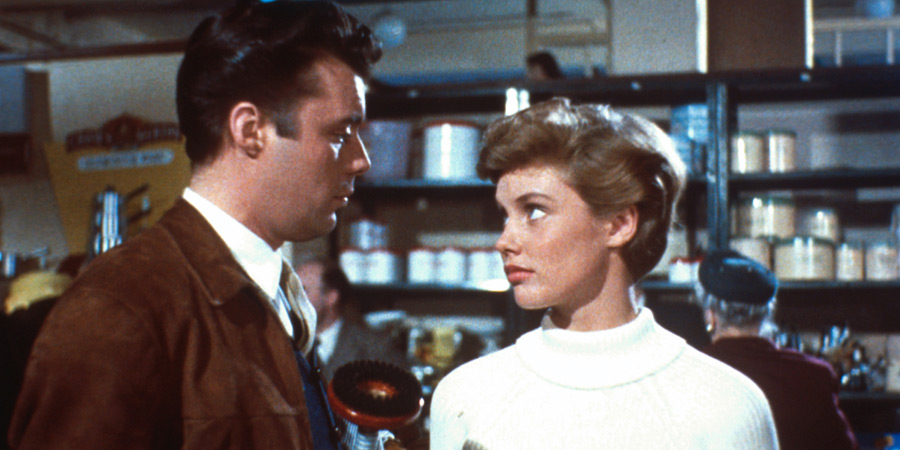 For Better, For Worse

When an impoverished young graduate asks his girlfriend's father for permission to marry, approval is conditional on him finding both a job and a flat

When Tony Howard proposes to Anne Purves in the cinema, he is readily accepted. On returning home they break the news to the surprised Mrs. Purves, who, being a placid woman, decides she likes young Tony and pledges her support when the news is broken to her husband.

Not having been previously introduced, Mr. Purves returns home to find his daughter in the arms of a strange young man. He listens patiently to Tony when he asks for his daughter's hand. Receiving far from satisfactory answers to the usual father-in-law questions, he agrees to the marriage on the condition that recent Oxford graduate Tony finds a job and a flat.

After some hunting the young couple find a small flat - a one-room affair - and after winning £20 on a horse, Tony has just enough money for the required "fixtures and fittings" charge. At the same time he finds a job - as a third-grade government clerk. Anne and Tony are soon married and after a weekend honeymoon, they return to the flat to begin their life together.

All goes well initially and, as Anne settles down to her new duties of being a housewife, Tony receives promotion to a position of second-grade clerk - at least temporarily. Gradually the couple make the acquaintance of their neighbours Peter Debenham and his wife, Jane.

Unfortunately, this is the beginning of the young couple's troubles! They soon quarrel with their new neighbours over a misunderstanding caused by their shared, chatterbox charlady, Mrs. Doyle; the tiny confines of the one-room flat cause a growing amount of stress; and Tony is finally forced to confess that the rent is overdue and that he is behind on the furniture payments.

The Howards are almost at the end of their tether when they discover a misplaced letter informing them that their furniture is to be repossessed, on the same day that they have arranged a make-up coffee morning with the Debenhams, and a 6-month anniversary meal with Anne's parents. She's keen to ask her father for a loan, but for Tony that simply represents the thin end of the wedge...