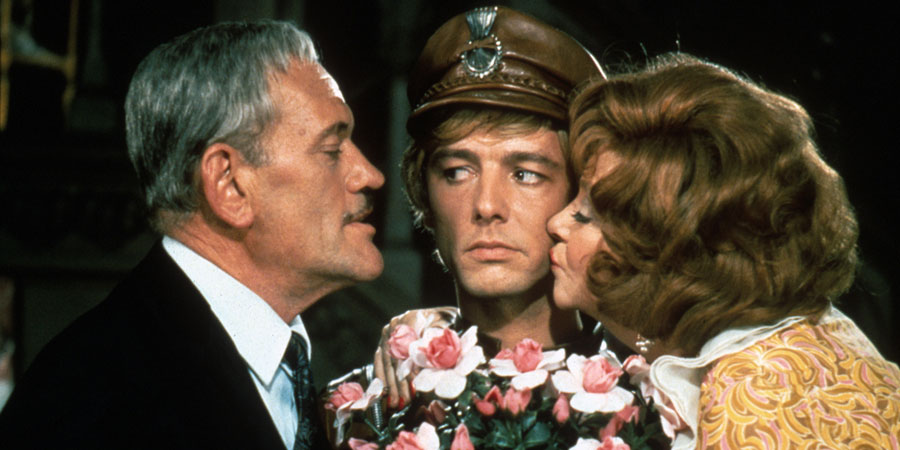 Dark comedy about a stranger entering the lives of a middle-aged brother and sister, while trying to disguise the truth about his past

Wandering through the cemetery of which her father is former keeper, and still holds residency in the keepers' cottage thereof, middle-aged spinster Kath comes across a young man, Sloane, sunbathing topless on a grave. Taken in by his beauty, she engages him in conversation and soon offers this apparently homeless, unemployed, directionless orphan the use of the cottage's spare bedroom.

Returning home, Kath introduces Sloane to her father: a somewhat grumpy figure with spectacle lenses thicker than a man's arm but otherwise in good health. Sloane is sure he recognises Dadda from somewhere, but the pair do not get off to a good start. As they continue talking, both men realise at almost the same moment where they have come across each other before. Sloane was the ertstwhile live-in assistant to Dadda's former employer, suspected of murdering him some two years previously but never identified nor apprehended.

Kath, meanwhile, has her mind set only on Sloane's seduction and begins waiting on him hand and foot. She is almost old enough to be his mother, but having lost both her own illegitimate child and lover some years previously, is determined that this young man will fill the void.

When Ed, a wealthy businessman with a large, ostentatious pink American car and Kath's elder brother arrives, he is initially outraged by the presence of a stranger. Despite his father having refused to speak to him for some 20 years, he is protective of both his sister and Dadda, and intends to sling Sloane out with haste.

However, Ed too, it seems, is struck by Sloane's beauty, and engages him to become his personal chauffeur - complete with custom-tailored leather uniform. So begins a bizarre, dark relationship between brother, sister, father, and murderer, trying to both hide and escape his past: and increasingly, his present.