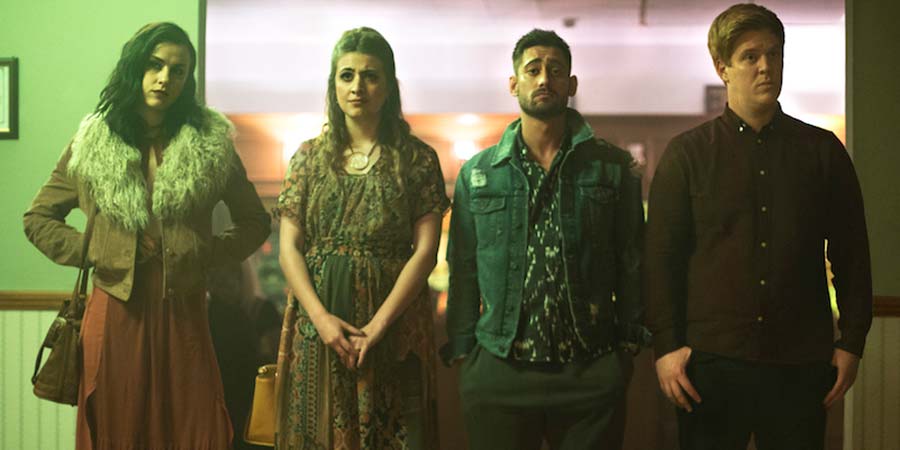 Comedy-horror about a double date with potentially deadly consequences

Unbearably self-assured and irritatingly cocksure, one thing Alex can boast about is his loyalty to his dearest friend, Jim. With the latter's 30th birthday on the horizon, Alex promises to help get his best friend laid, so he won't reach this unwelcome milestone a virgin.

They muster up the courage to organise a double date with sisters Kitty and Lulu, but little do the boys know, their company for the evening are twisted serial killers and have other plans for their night ahead. As Jim and Lulu strike up a genuine bond, his future rests entirely on her conscience, and whether or not she'll betray her sister and warn Jim and Alex of their nefarious intentions.