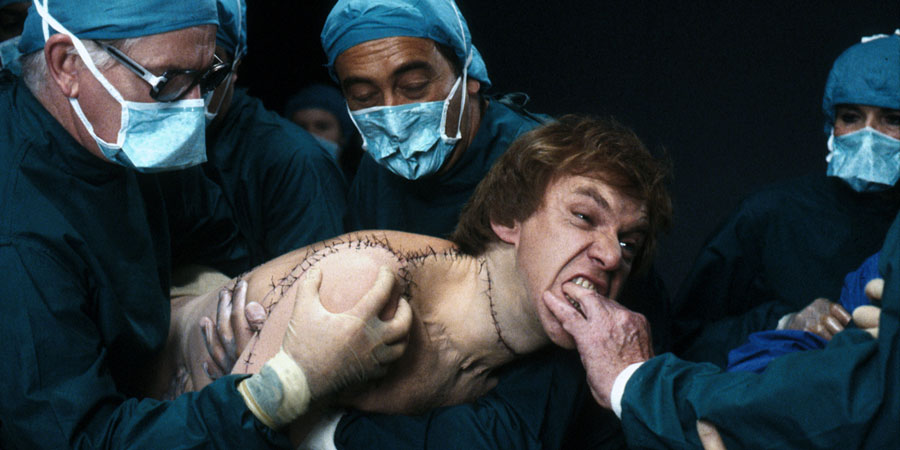 Whilst the colourful egomanic Professor Millar prepares to open his self-named new wing at Britannia Hospital with a demonstration of the ominously named Genesis, porters, cooks and other staff in the neighbouring, crumbling state hospital buildings are on strike, raising grave objections to the presence of a private ward, privilege, and any deviation from their socialist ideals.

Worse for the hospital's administrators is that one of the most senior members of the Royal Family is due to visit on that same day, touring the existing hospital and formally opening the new Millar Centre before a highly-feted demonstration of Genesis. But Millar has a first-of-a-kind operation to perform too, and protests outside the gates are only growing.

The presence of the President of an African banana republic in the private wing provokes further demonstration from anti-imperialists, whilst two opposing groups of media - one authorised by Millar and one definitely not - attempt to cover the day's events.

Desperate that the royal visit is not hindered, hospital boss Potter sets about making deals wherever he can, twisting arms in order that the day may run smoothly. But there are some factors beyond his control, and the actions of Professor Millar and his team are included.