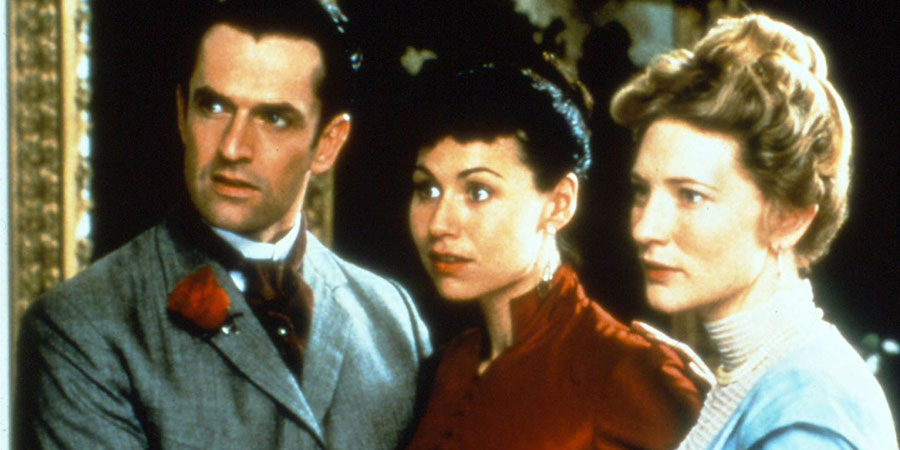 Film based on Oscar Wilde's play, starring Rupert Everett as Lord Arthur Goring, described by his friends as "the idlest man in London"

Amidst the heady London season of 1895, Lord Arthur Goring - "the idlest man in London" - is facing pressure from his father to marry and to make something of his life. He is, to put it lightly, not convinced.

His close friend, Sir Robert Charlton, meanwhile, is facing a dilemma of an altogether much more troublesome nature: a Member of Parliament, he is due to deliver an anticipated assessment of a high-profile business venture to build a canal in Argentina. He is already known to believe the project a fools' errand, and it seems his full report will be even more damning.

The arrival in London of a former fiancée of Arthur's, Mrs Cheveley, who now resides on the continent after marrying a wealthy Baron, brings with it a rude surprise: she has discovered the secret - and scandalous - source of Goring's family wealth, and intends to make the truth public, ruining his social and political interests, unless he reverses his decision and publicly backs the Argentinian project.

Whilst Robert is rocked by the dilemma posed by her blackmail, Arthur attempts to help his friend. But it's not long before Robert's wife, Gertrude, and younger sister, Mabel, are also entangled in the plotting. Friendships and marriages alike are soon teetering on the precipice of Cheveley's destruction.