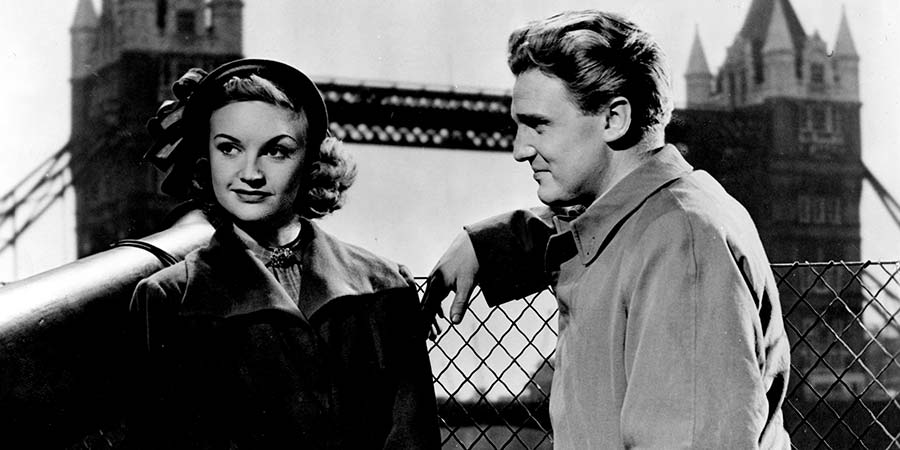 A Run For Your Money

Coal mine-working brothers Dai and Twm Jones are shocked to discover they've been the most productive pair in the entire country of late, and have won a prize from the London Weekly Echo newspaper as a result - a trip to the capital to see Wales play England at Twickenham, plus £200 cash.

Swiftly boarding the train to Paddington, their guv'nor fails to impart crucial details of their Paddington Station rendezvous with the paper's representatives, and so upon arriving in the capital, the pair make off jollily with the rest of the Wales fans, before ending up in a small café looking for a bite to eat.

Catching the attention of a pretty blonde lady at an adjacent table, Dai in particular finds himself taken by her charm, and it's not long before the siblings are unwittingly split: whilst the young woman, Jo, leads him to the newspaper's office on Fleet Street, Twm bumps into former acquaintance Huw, a star harpist from their village, with whom he used to sing.

Twm and Huw too set off for the Echo's office, hoping to reconvene with Dai, but Huw's down-on-his-luck ways see them detour via a pawnbroker in search of his beloved harp, and a succession of the capital's finest public houses. Meanwhile Dai and Jo have collected the cash prize - but not without Jo being recognised by one of the Echo's other reporters as a convicted con artist who preys on out-of-towners!

Whimple, the reporter assigned to show the brothers around London, assists Dai in seeing the sights before heading to see the match kick-off, and attempts to shake Jo from their party, to little effect. If the brothers are going to make their train back home, never mind see the game and leave the city in one piece, they're going to have to hurry up!

Tagline
A spree with a harp and a harpy!; Leeks, larks and laughs!; The story of a spree; Two Taffies in trouble; A Welsh whirligig; Taffy goes to town; A racy Welsh rarebit!
UK certificate
U
Duration
84 minutes
Release date
Wednesday 23rd November 1949
Distributor