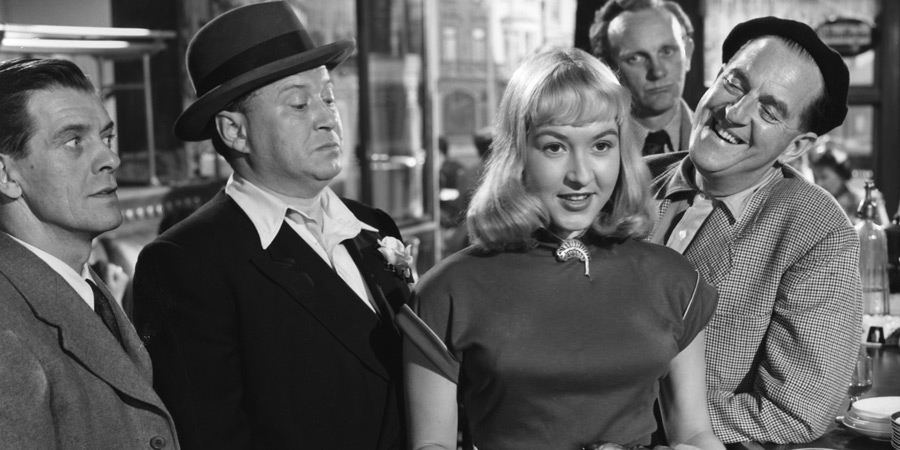 A Day To Remember

The Hand & Flower pub darts team's annual outing has come round again, and thanks to Perce working in the travel industry, this year they've managed to secure a day trip across the channel to Boulogne, with a slap-up meal in a local hotel and table wine provided.

Whilst Perce is keen to see the sights and take in a bit of the ancient town's culture, his rag-tag chums each have their own interests to pursue. Ever-upbeat Charley has his mind set squarely on finding some young French women; Jim, having fought just outside the town during the war, is keen to visit his best friend's grave and see how the area looks in peace time; avowed socialist Bert hopes to rendezvous with some local communists; Stan's been enticed by a friend to help him smuggle a consignment of watches back to England; and as for Shorty - unbeknownst to anyone else, he's decided to run away and join the Foreign Legion!

Travelling from Victoria by train and then catching the ferry to France, the adventure gets off to a good start, but they've not been in Boulogne long before each man begins to splinter off and go his own way, much to Perce's frustration.

Of all the trippers, it's Jim's day that proves the most interesting. After laying flowers at his chum's beautifully tended grave, the former soldier heads a little further out into the country in search of the farm where he was once stationed. He's surprised to find that Martine, the girl he taught a little English to, and she him some French, is now a beautiful, intelligent, passionate young woman: although engaged to a high-flying local solicitor, it is clear the pair have instant chemistry.

Stan, meanwhile, collects his parcel far quicker and with more ease than he could have ever imagined, and even the straight-laced Fred Collins finds himself enticed into a dancing club with some beautiful local women!

Jim's day is still far from over though, and it remains to be seen whether he and Martine will embrace their real feelings for each other or not. And as for Shorty, his French adventure looks like it's only just begun...