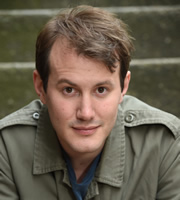 26 year-old Tom still lives with his parents. He has a blog and a bike but no job. He hankers after more privacy and independence, but flounders when it comes to achieving either of them.

His ambition is to become Paxman-Meets-Fry - or to win the heart of Ellen Baxter. Preferably both. 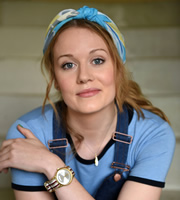 23 year-old Ellen moved to London from Leeds this year and hasn't really settled. She's missing a sense of belonging and is still in touch with her Foster Mum.

Ellen currently rents a room from high-maintenance Hermione, while scraping a living as an artist and life-drawing model. 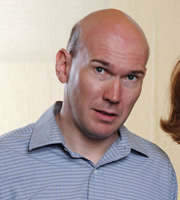 Ashley is Tom's Dad. He is an ex-copper who is steeped in nostalgia, anthropology and the mating ritual of molluscs.

Ashley is a sensitive soul with sensitive skin, but he still owns a catapult and a taste for the wild side. 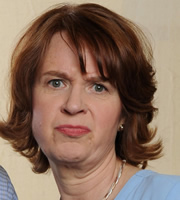 Tom's Mum, Lesley, is fiesty, sharp tongued and increasingly intolerant. Bored senseless by her husband's domestic habits, Les is beginning to think that she'd prefer to branch out on her own.

She reckons that the best their marriage can hope for these days is mild disdain. She doesn't expect much from Tom's future. 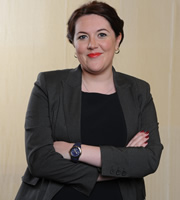 Tom's older sister and confidante, 29 year-old Maeve is a successful barrister. As Tom's sibling, she feels the right to wade in there with what's meant to be constructive criticism regarding his entire personality and lifestyle.

Maeve is self sufficient in a way that Tom can only dream of. He can't work out how that's happened. 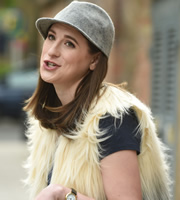 The daughter of a property developer, Hermione dabbles as an Estate Agent, though is clearly not strapped for cash.

Spoilt and self-absorbed, she relies on Ellen's company as a means of connecting with the real world.

Hermione has a long-held crush on Ellen's ex, Luke, and a permanent need for attention. 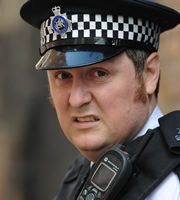 Joseph is the police officer who is assigned to look into the case of how Ellen came to 'bump' into a van. He later, when she is convicted, supervises her electronic tag curfew. 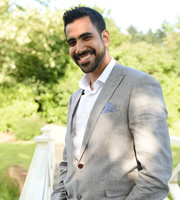 Ellen's Ex-boyfriend Luke works for the U.N., earns 70K a year and claims to speak half a dozen languages.

Good looking and patronising, with a veneer of charm, Luke is intrigued/offended by the fact that Ellen doesn't to want to date him anymore. He's just too perfect.