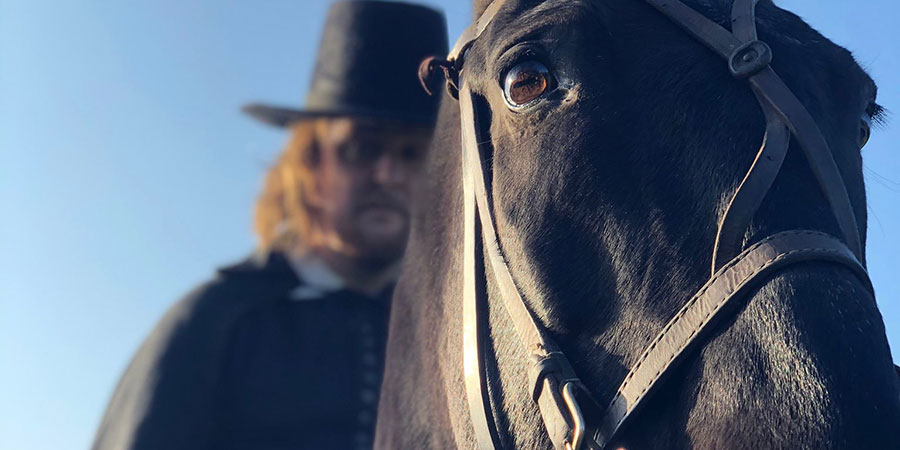 Comedy series following a witchfinder and his suspect on a road-free road trip through an England gripped by civil war, famine and plague.

It's the year of our Lord 1647 and fear of witchcraft is rife. Puritanical Christianity, deep-seated superstition and a willingness to scapegoat outsiders have created a tinderbox of suspicion in which few are safe. In this environment, witchfinding has flourished, as self-appointed witch experts achieve hero status by investigating accusations of witchery and extracting confessions.

A failing witchfinder transports a suspected witch across 1640s East Anglia to a trial that could change his fortunes forever. But his captive is the worst possible travel companion: an inquisitive, uncouth woman whose ability to prick his pomposity and ask uncomfortable questions turns a straightforward journey into a life-changing ordeal.