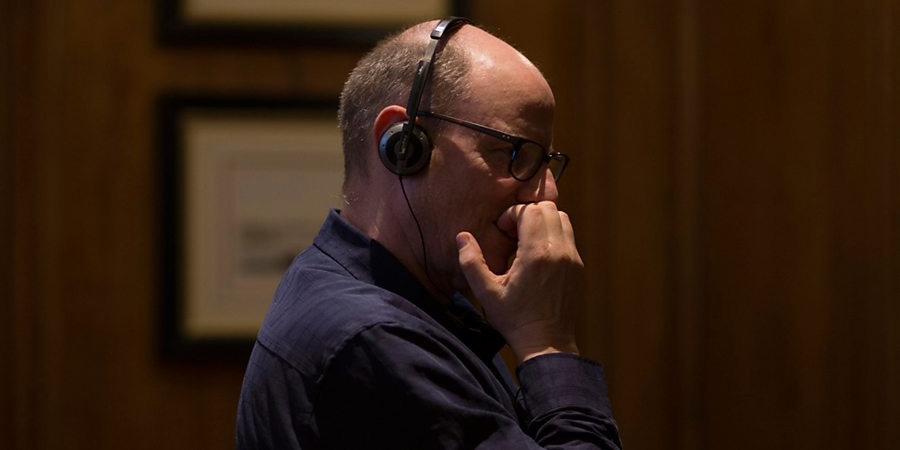 Can you let us know how the idea for Squeamish About... came about?

Michael Squeamish presented Road To Brexit last year on the BBC. We featured a lot of archive clips in that programme, so we were asked to use the character again to present a show using only existing footage, as going out and about with a film crew wasn't possible due to Covid-19.

The show explores four key topics: Relationships, Entertainments, Countryside and London. What made you want to have Michael Squeamish delve deeper into these topics?

They're all fairly broad and wide-ranging subjects - so more archive footage to choose from. Also: sex, music halls, animals and show business.

When viewing the archive footage for the series, did you come across any footage that particularly stood out to you?

We had a brilliant researcher called Clare Darken. She found a vast amount of amazing stuff, mostly from the 1960s and 70s. Among my favourites was a programme about a Lonely Hearts dating agency, and another about a trip to the seaside with members of a Yorkshire Workingman's Club. Also I really liked a series called Nairn Across Britain from 1972, presented by Ian Nairn (a sort of 1970s Jonathan Meades).

What do you enjoy the most about writing comedies?

Seeing totally weird, off-the-wall ideas being realised onscreen. With this show, I enjoyed finding old footage which could be re-voiced and totally taken out of context.

Where do you draw your inspiration on writing comedy from?

Mostly TV shows I used to watch avidly: Reeves And Mortimer, The Fall And Rise Of Reginald Perrin, Fawlty Towers, Harry Enfield - and lots more. I was also greatly influenced by Bruce McCall, an artist and illustrator who worked for The New Yorker and various American humour magazines.

How was it to collaborate with Matt Berry again following the success of Road To Brexit?

What is your writing process like - did you each take on different episodes? How do you collaborate together?

Matt did Countryside and Relationships. I did London and Entertainments. There was some back and forth with each other's episodes after we'd done first drafts.

What can audiences expect when they tune in?