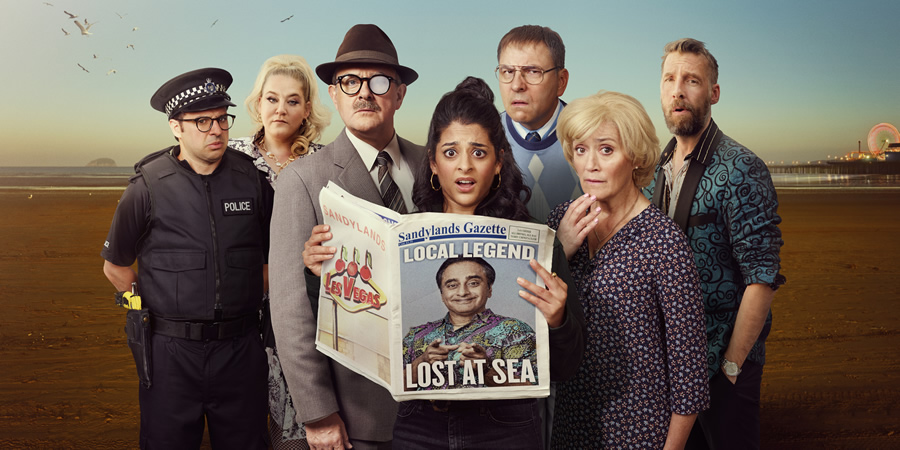 Twenty-seven-year-old Emily Verma is living the high life (or so she tells herself) in London, having escaped the clutches of Sandylands - her seaside home town where her semi-estranged father Les Vegas remains a local celebrity as arcade owner and self-proclaimed 'King of the Strip'.

However, when Sandylands becomes headline news after a bloodied pedalo is washed ashore (a bit like the Marie Celeste, but on a smaller scale) - a pedalo last hired by Les - Emily is forced to make a reluctant visit home, where she quickly discovers that all is definitely not what it seems in her old stomping ground.

With Les declared 'lost at sea', Emily is charged with putting his affairs in order, organising his memorial and selling the family home. In the process of doing this she is befriended by oddball next door neighbours Derek Swallows and his wife Jeannie. Emily also becomes reacquainted with her old best friend and extreme hedonist Tina, who holds the local record for most saveloys consumed in under three minutes; local nightclub owner Terry Chino; and former childhood crush Nathan.

Unbeknown to Emily however, her every move, and every subtle twitch of a curtain at her family home is under the constant scrutiny of a mysterious one-eyed man, who's recently arrived in Sandylands and works for the life insurance company that's due to pay out over Les's unfortunate demise.