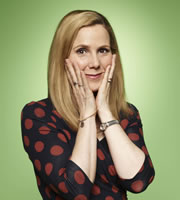 Jenny was a high-flying executive living in a large house in leafy west London until she lost her job. She says this was due to "structural changes" at the firm, but it might have had something to do with her punching a colleague. Square in the face. And then attacking her again when attempting to apologise. She and her family are now having to live with her parents in Kettering. 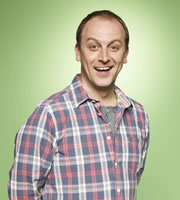 Nick is Jenny's always-upbeat husband. He's a self-styled entrepreneur who is trying to launch an energy drink for executives... but things aren't looking that promising. So far he's spent their savings on a billboard asking if anyone would like to invest in him.

Nick is also struggling to convince Jenny's dad that he does have a "proper job" and doesn't need to go and work in an office. 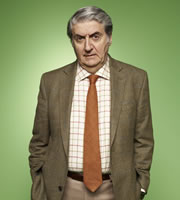 Len is Sally's father. He is keen to help her family get back on their feet and out of his house. He can't believe that Santander took back his daughter's house - although he probably doesn't quite appreciate what a bad job Nick did in court trying to stop them.

Len is keen to stay fit and can be seen on the exercise bike every morning from 6am. If only the bike wasn't in Nick and Jenny's bedroom... 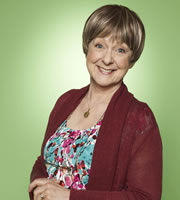 Alma is not surprised her daughter has returned home, and makes little secret of the fact that she believes it'll allow her to be a "proper" mother to her children for once.

She makes the odd effort to find Jenny a new job, but as the first thing she hastily signs her daughter up for is an unpaid volunteer role bathing an elderly lady down the road, one can't help but feel her endeavours are, at best, tokenistic. 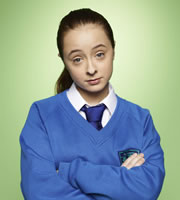 Becky isn't best pleased to be sleeping back in the bunk bed she decided she was too old for at the age of four.

In fact, Becky's more than a little peeved to have to start building her social status once again, and unamused to have traded two nice cars for more time with her slightly scatty mother. 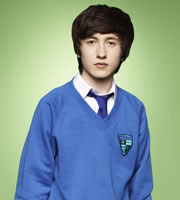 Much like his sister, Sam's thoroughly annoyed to lose his comfortable life in west London and find himself confined to his grandparents cabbage-smelling abode in oh-so-vibrant Kettering.