AKA: Mim.  Played by: Brenda Blethyn 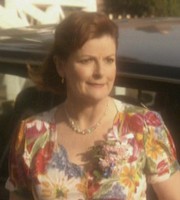 At the beginning of the series, Miriam is Roger's long suffering wife; she runs around to make sure everything is perfect for him and his cricket team. She is rarely appreciated by Roger and it is only when she becomes friends with Maggie that she her self confidence returns and she begins to enjoy her life more.

Mim is incredibly kind and giving and would do anything to help her friends or family. She tries her best to avoid confrontation or upset, which can sometimes be to her own personal detriment. 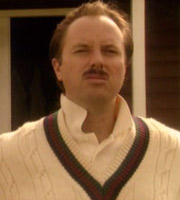 Roger Dervish is the Captain of his local Cricket team, Brent Park, a role that he takes incredibly seriously. Most of his week revolves around organising and planning for the regular Sunday fixtures.

His near-obsessive love of cricket means that Roger often neglects his wife, and certainly doesn't realise that he takes the game - and his role - far too seriously.

Despite his dedication and effort, he is actually quite an inefficient organiser, leaving the majority of work to Mim. In contrast to Maggie and Kevin, Roger seems quite cold and unloving, but with a typically English stiff-upper-lip, he just struggles to recognise and articulate his feelings in quite the same way. 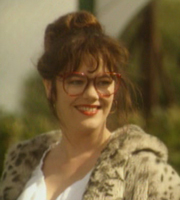 Quite the bohemian, Maggie often dresses in revealing tops and regularly instigates public displays of affection with her "silly little twerp", Kevin. Subsequently, she causes some consternation when she first attends a Brent Park CC match.

Despite her flirtatious, and often brash, behaviour, Maggie is completely in love and devoted to husband Kevin. Whilst she rarely complains about her life, Maggie struggles to come to terms with the idea that she and Kevin may never be able to have children.

Maggie does not have a conventional job, she truly is a handy woman - being able to fix cars, lay paths, mend gutters, plumb, and build fences. It seems that there is nothing that Maggie cannot do (except cook!) and her generous nature means that she is happy and willing to do this for any of her friends.

Maggie strikes up an unexpected friendship with Mim and - perhaps unknowingly - helps her to become more confident and to stand up to Roger a little. 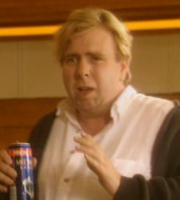 Kevin may shy in comparison to his wife, Maggie, but he is as much in love as she is. Their relationship seems quite fiery and they are often 'not talking', but he is the first to defend her to anyone else.

Although Kevin cannot help winding his friends up with little white lies - such as making Dennis believe that Maggie fancies him so he embarrasses himself in front of her - he is by nature an incredibly gentle, kind-hearted person. Despite his unkempt appearance, Kevin is a whizz in the kitchen and often rustles up gourmet meals to treat Maggie.