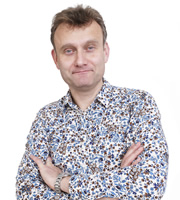 Pete tries his hardest to organise his family but often finds himself over-run by his children. He's a bit confused and life seems to have taken Pete, rather than it being him who dictates the direction in which his life goes.

Pete taught history in an inner-city school, where a typical school holiday sees five arrested, two become pregnant and one pupil shot. After resigning in protest, he's now a supply teacher. Pete is clearly frustrated by the lack of interest pupils show in learning about history, but is becoming more resigned to it just being a job.

Pete's natural wit and his inability to keep jokes to himself has got him in trouble on more than one occasion. Following an ill-judged quip involving obesity and Ramadan, Pete found his job in jeopardy. 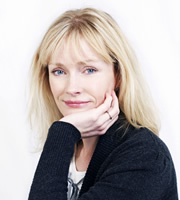 Hard-working and beleaguered mum Sue does her best to cope with the three young kids but almost always finds the odds are stacked against her.

When not trying to organise her three offspring, Sue (in the earlier series) can be found trying to deal with her very demanding boss. It seems that Veronica always phones or emails at the least suitable time but, for some reason, even when it is supposed to be her 'day off', Sue is too polite to tell her to go away... well, until near the end of series one, as which point she snaps.

Sue clearly has issues with her sister Angela. Whenever given a chance, she will find a reason to have a snide dig at her hippy sister - much to the annoyance of Pete who has clearly heard it all a hundred times before. 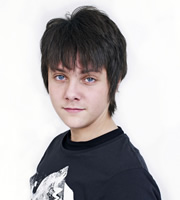 Jake is wise beyond his years - he seems to know about everything. The trouble with having so much knowledge is that Jake frequently manages to bring a halt to a conversation by recalling a scare-mongering story from the newspaper. Whether it be contracting bird flu, or the odds of a particle physics laboratory creating a black hole which will destroy the world, Jake manages to bring the mood down.

Jake is almost always seen plugged into a laptop or iPod - the gadgets acting as a good distraction from his bickering family.

In the latest series Jake has become a fully-formed moody teenager - fed up with his parents, the restrictions they place on his social life, and their interest in what he's getting up to. 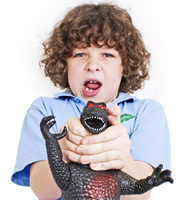 Ben has developed an extraordinary talent for lying - a character trait that his parents are clearly worried about. They actually have good reason to be concerned about his fibbing as it is causing them a few headaches. For example, at a school football match the other parents started asking Pete about his friendship with Gordon Brown, his SAS training, and complementing him on how he is so bravely fighting cancer... none of which is true!

Ben is a very stubborn child - he often refuses to do what his parents tell him - this seems to be a tactic that works quite well, as Pete and Sue either give up on whatever it was they were trying to get him to do, or bribe him to comply. 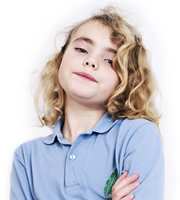 Karen is Pete and Sue's regal daughter. She has a talent for interrogation, often asks adults the most bizarre off-the-wall questions which completely throw them off balance (Are shadows made of atoms?). Some of Karen's innocent questions are actually rather probing and, if answered correctly, would be rather embarrassing for the adults involved.

Karen is of an age where she has an interest in everything... including nits. At one point she wanted to keep one as a pet!

Karen doesn't yet subscribe to the 'being polite' social skills that adults must endure - and thus she doesn't hide the fact she doesn't really like Auntie Angela, much to the embarrassment of her parents. 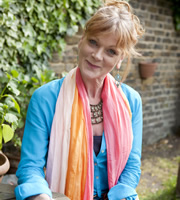 Having spent a long time in America following their mother's death, Angela turns up un-expectedly at Sue and Pete's house one day and, much to their surprise, announces that she is staying put for a while to look after granddad. However Angela loses him at the zoo and is dumped by her boyfriend... leaving Sue to predict that it won't be long before she is 'running back to America'. Sue turns out to be right.

Angela wants to be liked by her niece and two nephews and so often undermines Sue and Pete by buying the kids nice presents and giving them money and chocolate too. 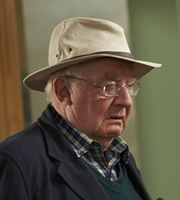 Sue and Angela's bewildered dad is suffering from the early signs of dementia. He spends most of his time in quiet contemplation; when he does speak it is normally to repeat a story he has already told before.

In the second series, Frank comes to stay with the Brockmans as he recovers from an unfortunate accident involving a tin of baked beans. Frank is having to come to terms with the fact that he is losing his memory and is now living in a care home where, by all accounts, he's being a bit of a rascal (sneaking off the pub and such like). 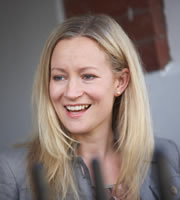 Barbara is the Brockman's dreaded next door neighbour. She constantly highlights Sue's shortcomings with her seemingly perfect life and children.

However, as we discover during the second series, life is not quite so perfect for Babs after all - she has a number of blazing rows with her husband which keeps the whole neighbourhood awake.