Five missing episodes of a television comedy starring Arthur Askey have been recovered.

Only one episode of Arthur's Treasured Volumes, produced by ITV broadcaster Associated Television (ATV), had previously been known to survive.

Tapes were regularly discarded or recorded over from the 1950s onwards, resulting in the loss of many programmes. They were considered unimportant ephemera in the early days of television, and in the era before VHS, DVDs or repeat channels, had no further value, so the expensive tapes were recycled.

Recoveries focus on off-air recordings made by early collectors and archivists; copies made for sale and broadcast overseas; occasional copies made - or 'borrowed' by cast and crew members; and - as appears to be the case here - mis-cataloguing within rights holders' often cavernous archives.

Written by Dave Freeman, the six episodes of Arthur's Treasured Volumes are individual sitcom plays. Each began with Askey's real daughter, Anthea Askey, taking a different book from a library shelf and beginning to read as the story begins.

This weekend will see the BFI's annual Missing Believed Wiped screenings take place at its prestigious South Bank venue in central London. Presented in association with broadcasters and organisations such as Kaleidoscope, the event screens some of the best material previously thought lost but rediscovered within the previous year.

Aired in 1965 as part of ATV pilot series Six Of The Best, the comedy features Carry On stars Peter Butterworth and June Whitfield as father-and-daughter private detectives. 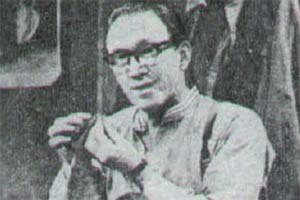