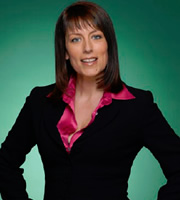 Christine is head of Human Resources. A Luddite who is short of friends and terminally single, Christine struggles with both life and work and seeks solace in booze.

Full of selfloathing, Christine drowns her sorrows in alcohol and her problem is reaching a point of no return as it impacts on her ability to function at work. Her alcoholism only serves to exacerbate her general uselessness around the office. Addicted to food, painkillers and Paul McKenna hypnosis tapes, Christine's constant search for inner happiness leaves her no time for even the most simple tasks, which are left to her able assistant Sally to carry out. 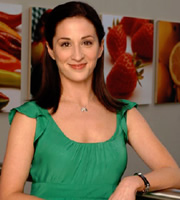 Working for a woman on the edge brings out the best in Sally, whose personal life is something of a disaster zone. 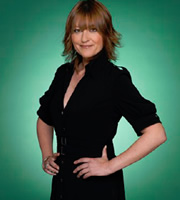 Alyson is the Chief Operating Officer at the company. She's a successful businesswoman who doesn't know the meaning of the words glass ceiling.

Brought into Butterworth's to downsize the ailing company and drag it kicking and screaming into the 21st century, Alyson isn't bothered about who she upsets or whether people like her. Results are the only things that count in Alyson's world and she is hoping that her efforts at Butterworth's will help her knock Roger off the top spot. 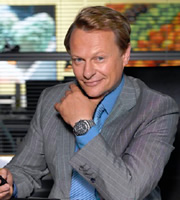 Max is the acting Head of Marketing. He is an ambitious hard-nosed businessman with an over inflated opinion of his talents.

Max will stop at nothing to get on. The son of a banker, he was educated at private school in South Africa, but returned to finish studying in London when his family fell on hard times. He's been rich and he's been poor and there's no doubt which he prefers. To that end, he lied to get the job at Butterworth's, enhancing his credentials as well as knocking a few years off his age. 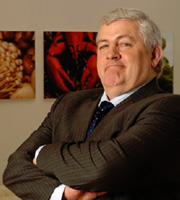 Roger is the Chief Executive at Butterworth's. He's a company man who joined the business at the age of 15 and who is now clinging onto his job by his fingertips since the arrival of ambitious Alyson Cartmell.

At 55, resigning would mean retiring... and Roger is not ready for a pipe and slippers existence.

The changing face of the company and what that represents means Roger is getting left behind, because he is very much the old-fashioned representative of virtues. His very able PA Jenny tries to keep him one step ahead of the office politics, but it seems she too may have a hidden agenda. 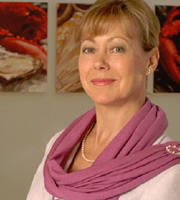 Jenny is Roger's highly organised PA who has conquered disappointment and personal tragedy to become her own woman. Her miserable existence in a loveless marriage to a successful but self-interested bank manager ended when he suddenly dropped dead. Jenny reclaimed her life and now, ten years on, is married to her job as Roger's right hand woman. 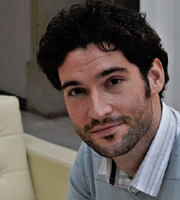 Heart-throb office Romeo, Steven is having a passionate secret affair with his boss Alyson. It becomes even more complicated when the girl he had a drunken fling with turns out to be his fellow PA Sally at his new company Butterworth's.

A golden boy who was popular at school and university, he dropped out of university and took off travelling, sleeping his way across continents and studiously avoiding any kind of commitment. The closest he has come to a relationship is with Alyson. He met the high-flying businesswoman who is 12 years his senior when he returned to England and joined a temp agency. They have been together for a while now and have been enjoying great sex but complications set in once Steven meets Sally. 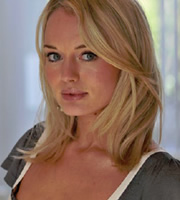 Natasha is Vivienne's PA. With her boss off sick, Natasha is seconded to Max Chambers' office, setting the scene for rivalry with his PA Vince.

As the office flirt, natasha exudes confidence, sexuality and naughtiness. She is open and brazenly unconcerned with what other people think of her. 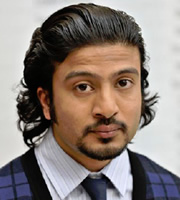 Vice is a man full of self belief who lives and breathes his job as PA to Max.

A social oddity and an outsider, Vince's life revolves around the office. He's a bit of an enigma actually.

Max often exploits Vince's enthusiasm. For example, in one episode Max tells Vince everyone thought an idea of his was rubbish, before going on to put it forward as his own idea. 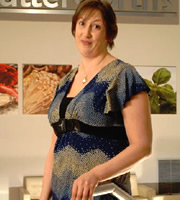 As one of Christine's staff in Human Resources, and part of Team Karen, Tall Karen has the confidence and efficiency that Christine lacks and enjoys being in charge of everything from paperclips upwards.

Tall Karen thinks she runs the company and that without her the office wouldn't be as effective. She is Miss Admin, organising everything and is very efficient and skilled at the job. 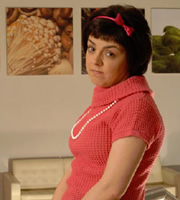 Small Karen works alongside Big Karen in the HR Department at Butterworth's.

Small Karen sometimes comes across as not quite with it and a bit of a dork, but she is quite clever really. She takes a lot in and observes.

The office doesn't run as well when the Karens are split up. They are sort-of joined at the hip. They are best friends who've known each other all their lives and they spend all their time in and out of work together.