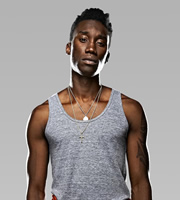 Curtis was a rising sports star whose goal was to compete in the 2012 Olympics. But his career was left in tatters when he was caught with an illegal substance and was publicly shamed as he's made an example under the eyes of the law.

Curtis is forced to trade his tracksuit for a jumpsuit and take part in Community Payback. Although he's desperate to toe the line, Curtis hates being lumbered with a bunch of losers who can't even paint a bench without getting into a fight.

After the storm, Curtis gets the gift of turning back time when he regrets something. With the heavy weight of regret on his shoulders, Curtis just needs to learn how to control his power. If he does manage to work out how to do it, what will the consequences be for everyone else?

Series 3 sees Curtis swapping his power for one in which he can change gender when he needs to. It is useful when running from the police. 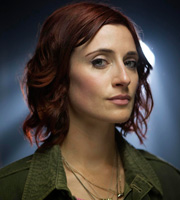 With a blasé attitude to life, being on community service doesn't really phase Abby - she just takes it in her stride.

Series 5 sees Abby fall in love with a series of unlikely partners, but Abby has an emptiness at the heart of her. She has no memories of life before the storm - she doesn't know who she is and no one seems to be looking for her. She's desperate to discover the truth about what happened to her but when she does, her life becomes more complicated than ever, revealing a history that leads to a terrifying fight for her life. 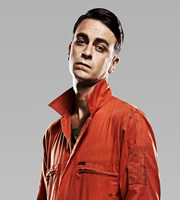 New kid on the block in Series 3, Rudy gets a rude awakening in his first few days of community service, learning that with the keys to the infamous locker room comes a great deal of running, screaming and, in some instances, killing. But that really is the least of his worries. More pressing is just how to keep his secret superpower, well, secret...

Rudy may be cocky and full of bravado on the outside, but when he gets insecure he doubles-up... literally. He splits into two people, Rudy 1 and Rudy 2.

Rudy 1 is rude, obnoxious and arrogant. But his alter ego is the polar opposite. He's sensitive and caring, constantly trying to help the feckless Rudy 1 make the right choices in life.

Rudy never means to hurt people, it's just that he acts before he thinks and it's normally his friends who are left dealing with the all-too-often nightmarish consequences.

In the final series of Misfits, Rudy 2 discovers a support group for people with super powers, and once there he is encouraged by fellow attendees to stop taking flak from Rudy 1 and stand on his own two feet. When Rudy 2 confronts his other half about wanting to become his own person, Rudy 1 is predictably furious and dismissive, leading to a falling out between the two Rudys. But when Rudy 2 goes missing, Rudy 1 finds he can't cope as well on his own as he thought. 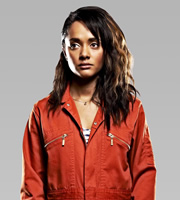 Jess is smart and articulate. She says the un-sayable and questions social norms and etiquette.

When she was struck in the storm, Jess - who hates people who bullshit and lie to her - developed x-ray vision, and she now sees straight to the heart of things.

Jess might be tough and straight talking, but she has a vulnerable side hidden beneath her cool exterior. Having had her heart broken by Alex in Series 4, Jess becomes more determined than ever that she won't let her vulnerability show. But despite her cool exterior, an unlikely liaison is on the horizon that takes her completely by surprise. 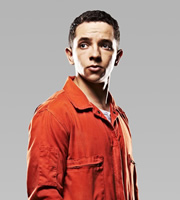 Finn is the new boy on probation. He has a child-like, naively optimistic view of life and is someone who talks a lot and often uses this to try and talk himself out of difficult or awkward situations.

A character who makes others laugh, often at his own expense, Finn's telekenisis provides even more opportunity for the others to tease him - he is only able to master moving a cup of tea with anything approaching confidence.

A loveable Liverpudlian, Finn tries hard (perhaps a little too hard) to befriend people and please almost everyone, especially Jess whom he has had a crush on since they first met. But when he is captured by a group of Devil-worshipping scouts, the gang soon realise they will do whatever it takes to save their friend. 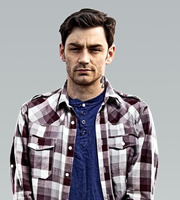 Seth is quite mysterious. We don't know that much about him. He has the ability to 'swap' powers - that is to absorb someone's power by holding hands with them (taking the power away from them in the process), and then store that or give it to someone else.

He does this as a business - charging people to swap powers. The Misfits have all visited him to change their powers. 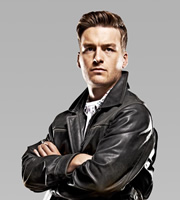 Alex 'the handsome barman' finds that women are drawn to him - it's not his fault, it just happens.

The victim of a 'genital swap' power in Series 4, Jess had been the only girl he had allowed himself to get close to. But once he got his own genitals back, Alex couldn't stop himself from trying them out with as many girls as possible.

Now he's single again, and after a lung transplant at the end of the last series, Alex finds himself with a new and very surprising power - one that makes his love life even more complicated than before. Unable to keep on the right side of the law, Alex finds himself on community service where he joins the rest of the gang in orange. 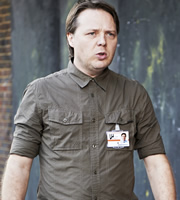 Greg is Series 4's new probation worker who has to look after the Misfits.

Most of the his predecessors in the role haven't managed to hold onto their lives for very long, powerless amidst the rough world of the estate and its gangs and conflicting interests... 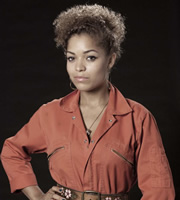 As long as Alisha is the centre of everyone's world, then life is sweet. This party girl's biggest concern is that she retains the title of 'Miss Shagable' for another year running. When the party's over she'll jump into her car and find another one. Which is what got her into this minging jumpsuit and ankle tag in the first place.

Our superficial and sassy stunner (and don't forget potty mouthed) is now stuck with the worst come down of all: a day job that might as well be shovelling shit for all she cares. Not only is Alisha cut off from her mates, forced to associate with losers all day and has a curfew; she's also got a power that could seriously damage her social life. Because when people touch Alisha's skin, they're going to be so filled with lust, they can't think straight, they have to have her.

Alisha soon discovers her new power is much more of a curse than a blessing as she has to adapt to life with her new power, forcing her to reassess her relationships with the opposite sex.

In Series 3, Alisha can touch people again, but she has grown up and matured and is now in a steady relationship with Simon. 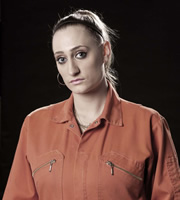 Your first impression of Kelly might be that she is your common or garden chav who wouldn't look out of place on The Jeremy Kyle Show. And you may be right. Kelly wades in fist first. Her attitude is her suit of armour, accessorised with enough gold jewellery to really do some harm, and acrilycs that could have your eyes out. Behind that veneer though, Kelly's got a heart of gold and is fiercely loyal.

When the supernatural storm hits, Kelly gets landed with a super power she could really work with; she can hear what people are thinking. And what they think of her.

Stereotypical first impressions aside, Kelly also has to deal with hearing people's thoughts in the most intimate of moments. As well as the secrets those around her would rather keep hidden.

In Series 3, Kelly's new power is to be able to think like a rocket scientist. She is able to do clever things with electronics. 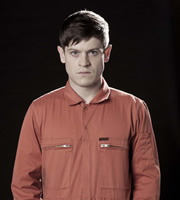 Despite a sharp, calculating mind, shy, unassuming Simon is a social outcast who looks more like a Warcraft veteran than someone who would actually break the law.

Nervous to speak up, but desperate to make friends, Simon tries his hardest to be heard and accepted by the others, which helps to fuel everyone else's suspicion he's a little odd. His offers to help fall on deaf ears, or are ridiculed by Nathan. Which is a shame, because what Simon would like more than anything is to feel noticed and valued by actual people, as opposed to just the subscribers of his YouTube channel.

Reeling from the storm, Simon discovers that when he's ignored, he becomes invisible. For one of life's voyeurs, things got very interesting (and a little x-rated).

Simon's new power in Series 3 is to see ahead into the future. He knows he has a destiny to fulfil... 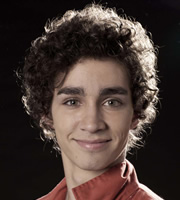 With an answer for everything, sarcastic wit, and a fondness for pushing things too far; your first impression of Nathan could be that he's massively irritating, which is something he seems to revel in. So when Nathan's lumbered with this bunch of extremities, he's got so much to play with.

Thing is, Nathan may realise having actual friends when you're out on your ear is a good thing. Because underneath the cocky quips and sarcasm, Nathan isn't as unemotionally untouchable as he makes out, which Kelly soon discovers.

Despite being caught in the storm with the rest of the gang at the start of Series 1, and much to his annoyance, Nathan doesn't seem to have a super power. But Nathan's convinced there must be something he's able to do... and later he finds he does have a rather good power. He is immortal.

Nathan was last seen on the run in Las Vegas, having tried to scam a casino using his power. 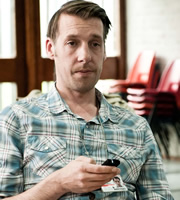 Shaun is the world's worst probation worker. He is lazy, rude and couldn't care less about the rehabilitation of those under his care... he just wants to get to the end of the day so he can go home.

He hates the Misfits, but often finds himself unwittingly involved in their adventures.

Shaun should probably be on probation himself as he is happy to break the rules - we see him breaking into charity collection boxes to get money for the snack machine, and also commit numerous actions that could be filed as sexual harassment.