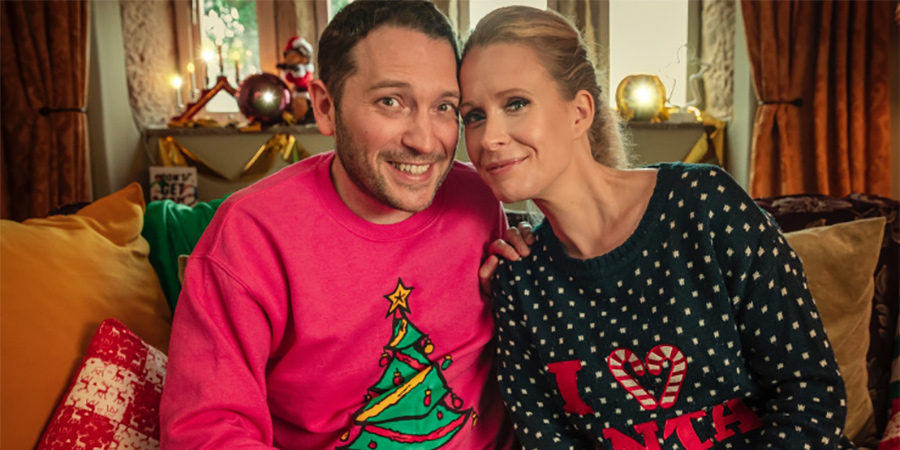 An interview with Jon Richardson and Lucy Beaumont, ahead of their two-part Meet The Richardsons Christmas special.

Were you a bit excitable filming the Christmas special of Meet The Richardsons?

Jon: I don't think the crew would tell you I was excited to see them again when they rolled up in eight transit vans on our driveway again for filming day one. But I'm glad of the work. I'd never do anything again if I were in that position and didn't have to go out and earn money, I'd be a surprisingly effective 40-year-old retiree focusing my attentions on jigsaws, playing with playdough and My Little Ponies, with my daughter. That's not what I'd do on my own! I'd drink myself in to a coma every day but fortunately I have a daughter who keeps me on an even keel.

What can we expect from the Christmas special?

Jon: We're trying to generate the perfect family Christmas so that means since we can't take Elsie to a pantomime, Lucy's mum Gill, who is a fantastic playwright, writes a pantomime for me, Lucy, Jason Donovan and Johnny Vegas to perform in our front garden. I'm also obsessive about cooking the perfect vegan Christmas dinner for a group of people who largely aren't vegan, so there's some sabotage going on. 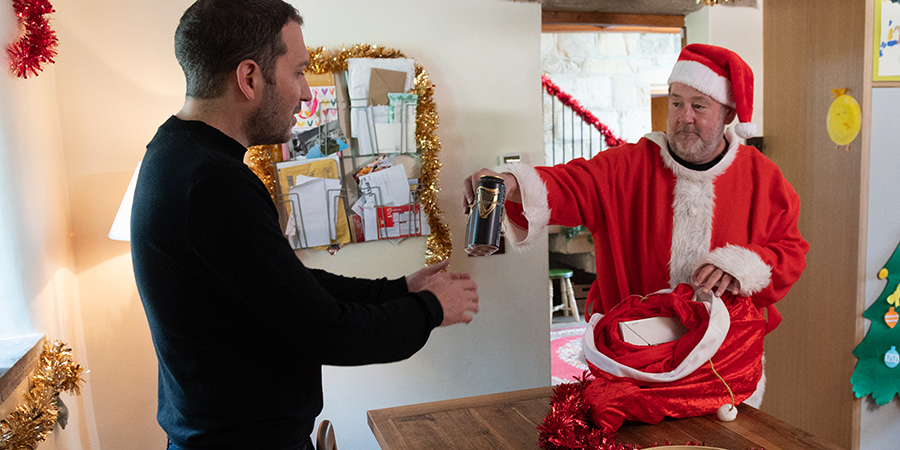 Lucy: Johnny Vegas dies because he drinks too much!

What would a perfect Christmas be in better circumstances?

Jon: It would be two very different Christmases wouldn't it?

Lucy: Yeah I like to just hibernate and for it just to be us but then like you say, that's the same as every day!

Jon: What you don't want at the end of this year is a series of days ... when it's just us in the house. I'd go big and have all Lucy's family and all my family, food laid out in every room, Christmas songs on everywhere, decorations everywhere, until people have had enough and are begging to leave. Where are the keys? Unlock the front door! 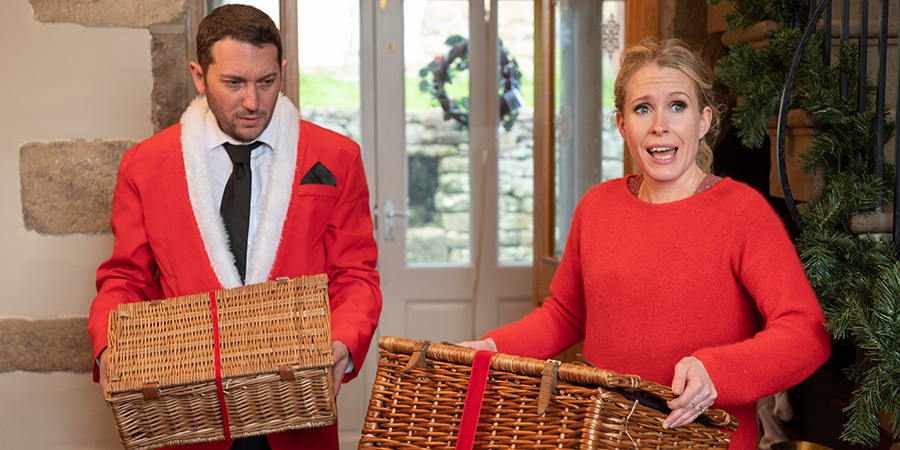 Are you hoping to cheer people up a bit?

Jon: I really hope that. The first series happened to go out just as the first lockdown was happening but we filmed it last summer when everything was sunny. It was the same with this, we filmed it over the summer when things were better and the intent of the show is just trying to be funny as we can about what it is to have a family Christmas and put yourself under too much pressure. This year has been so brutal for so many people that we just thought for two hours, it's a bit of escapism.

How has this show changed your lives?
Jon: It means we can't go to the garden centre. We've been in there with a film crew so they all know us now and the days of sneaking around with a baseball hat on and trying to buy some novelty animal statues has gone.

Lucy: It's the first thing that I've written that's been on TV so it's like I've broken a barrier. So for me it's just a starting point really. Although the first series they let me have free reign but this time I didn't get everything I wanted, we didn't do anything far-fetched.

Jon: I had a lot to do with that in fairness because in Series 1 I said 'do what you want I'm fine with it', and then Episode 1 you set me on fire in the garden so I have intervened a little more purely on health and safety grounds to make sure I'm not falling off the roof in the Christmas special.

Lucy: The series is a bit more mature, it's not got as many silly bits in. It might get taken seriously a bit more, I don't know!

Jon: God I hope not!

Do you think you'll do more of these shows?

Jon: We've already done the hard work. The first series is the one where you have your big doubts and the other thing is that in theory if you're not paying attention, you should get better at it and every series should get funnier. In theory. So it would be a shame to stop.

Lucy: I think we'll have to wait and see how this and the second series [coming in 2021] are received. Because it's based on truth we have to make sure we've had enough life experience to write about!

Jon: We need to make sure the standard stays high but I think the second series is better than the first. And I'm looking forward to watching the Christmas special and I don't watch anything I'm in. There are whole scenes I don't know about. Sometimes I'll be in The Dog [pub] while Lucy is filming something with her mum and I'll come out and the crew is in tears and I haven't got a clue what's happened. Half of the show I don't see until it goes out and that'll be the best part because I'm not in it. 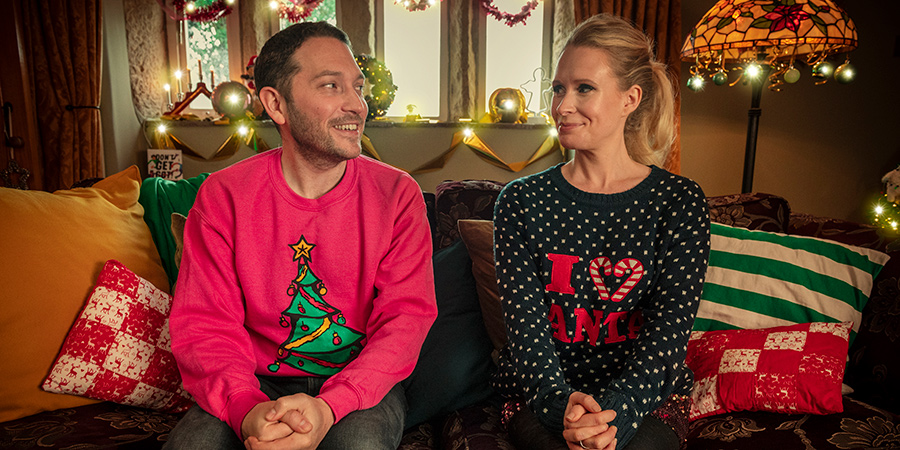 What would you both really like for Christmas this year?

Jon: It sound so saccharine and unbearable but the truth of it is you want to be able to be with your family and see the people you haven't seen all year.

Lucy: I'd really like a chicken. We filmed with a proper live chicken and I built up a real attachment to it. So I really want one as a pet now, let's have it inside.