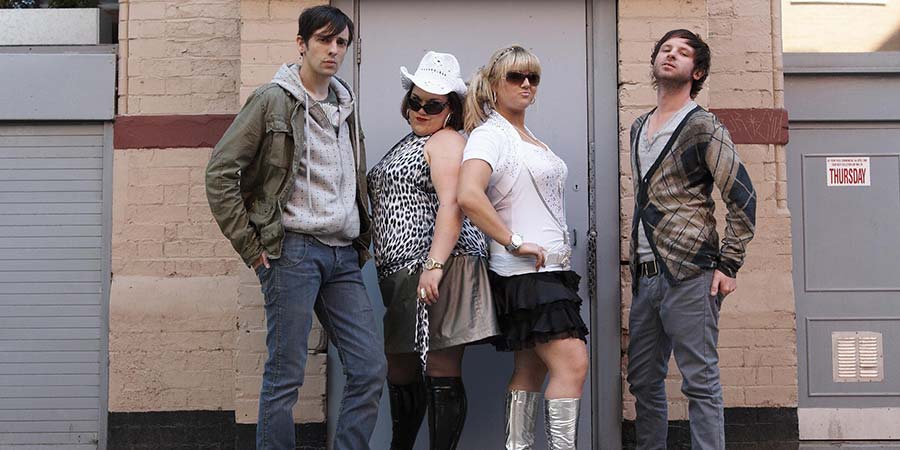 Sitcom following Danny and Shay as they call time on their dreary temping jobs to follow their dream of launching a record label and bringing their music obsession to the masses.

Danny's from Didsbury (posh), Shay is from Gorton (not) and they both work for the council. Bored with their lives, they're brought together by their love of music. Neither of them could pick out a G chord on a guitar, but they're musical in the only sense that matters - music is their life.

After a timely family bereavement provides Danny with the means, they decide to do what they've always wanted: set up a record company - and Shady Records is born. All they need now is talent!

The series follows their attempts to get the label up and running - signing bands, losing them again, always on the lookout for the next big thing.

En route they pluck a girl band from the obscurity of Superb'uns cake shop, get sued by Eminem, get lost in the Pennines - where they find the new Oasis - and get involved in a scam involving a Macedonian prostitute called Zora who has a revolutionary way of making shish kebabs...