Hang out with reality TV star Gary from The Only Way Is Macclesfield in his own spin-off show OMG! LOL! FYI! It's Gary!!!.

Learn to cook on a shoestring with Newcastle's answer to Jamie Oliver in Geordie Kitchen.

Be accosted by the aggressive Glaswegian Chugger in his bid to save underprivileged goats in West Africa.

Get smashed in the sunshine with club rep Chris in Kicking off in Kavos.

Get a taste of police life in Cop Cars with the unashamedly bigoted PC Haynes.

Switch on to Praise Be To Jesus TV with controversial African preacher Daniel Doolay.

Get a mixing master class with DJ Sick Choonz.

Enjoy a fly-on-the-wall look at the workings of a Premier League football club with superstar striker Jason Bent in More Bent Than Ever.

See Dr Bob give up hospital work to open a GP surgery after over 200 patient malpractice complaints. 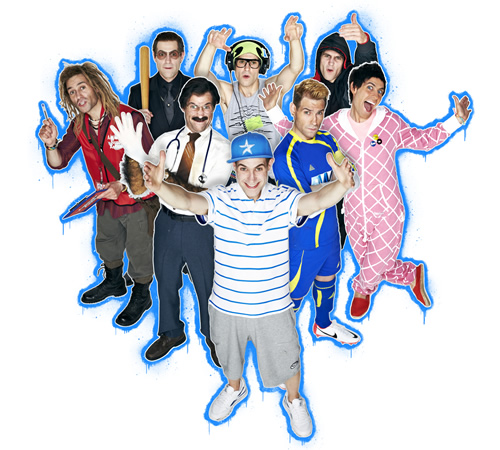