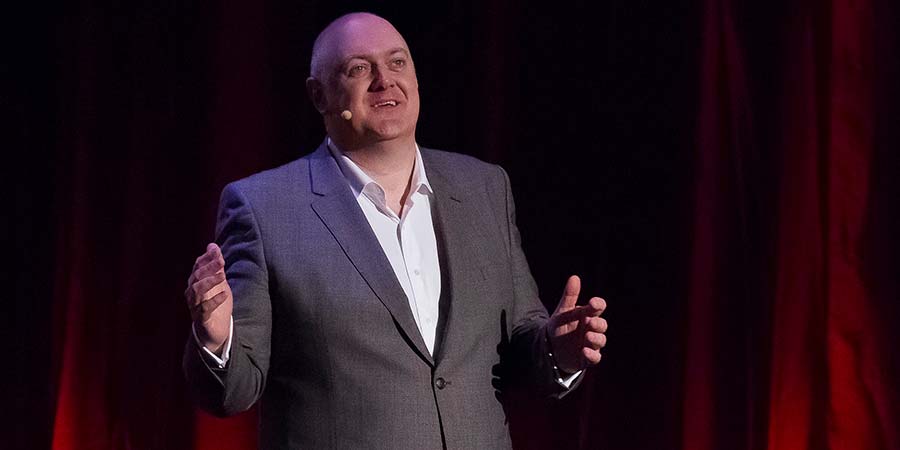 In the show, Dara addresses problems with virtual reality, having too much technology at home, how to deal with missing members of the front row and how to cope with reports of your own demise.