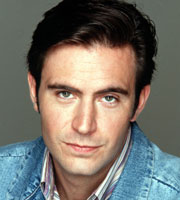 Steve is a very hapless character who has the uncanny knack of digging himself into all sorts of trouble - he will constantly speak long before he thinks, and makes himself look very foolish. Despite his nervousness and haplessness he hasn't done too badly in the relationship stakes over the years: he went out with Jane for four years although this is somewhat longer than he would have liked!

It was during a failed dumping attempt in the ladies' toilets that Steve met Susan, work colleague of his best mate Jeff. Steve had fancied her from a distance for a while and asked her out, something that caused a few problems as he wasn't quite finished with Jane.

Their relationship has not been without its rocky moments and Susan at times finds Steve a frustrating boyfriend. He and Jeff have a particular lesbian fixation, for reasons she simply cannot understand.

Despite many embarrassing moments - not to mention his pathological fear of commitment - Susan has stayed with Steve, and a year into their relationship he proposed. Two years later they're no closer to a wedding, but do have a baby on the horizon. 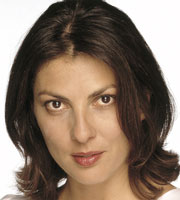 Jane is enveloped her own little world; although it's not quite clear if this is true self-centredness, or whether she's putting it on.

Jane does traffic reports for a London radio station, regularly taking to helicopter to report as the eye-in-the-sky.

Between her irritating, egocentric (and eccentric) behaviour, claims such as being a "vegetarian who eats meat", and smouldering good looks, Jane's had a spate of admirers since splitting up with Steve, but none have gone the distance.

After a couple she met James, presenter of the radio station's religious programme, upon whom Jane made an instant impression. Unfortunately for Jane, James's beliefs included a wish to abstain from pre-marital sex - something she was sure she could crack! After they had seen each other for a few weeks James finally met Steve, Susan and the others and much to Jane's horror it turned out that Susan, the woman she had lost Steve to, had gone out with James at uni.

Eventually work took James overseas and the pair split. Jane joined a dating agency, through which she met the accident-prone Oliver Morris. At first she was not impressed but when fate seemed to keep throwing them together she began to wonder if, maybe, there wasn't something to him after all. 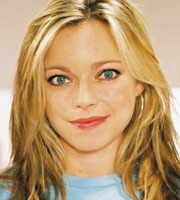 Susan is very confident young woman with an open attitude to life and a successful career. With a particular thing for Australian men, Susan has a somewhat full and colourful sexual past, including a relationship of sorts with Patrick.

She then met Steve and despite his being an insufferable prat at times, rather quickly fell for his charms. It was their newly-sprouting romance that brought best friends Steve and Jeff together with habitual womaniser Patrick.

A year into their relationship, Steve and Susan became engaged, but neither were particularly bothered about rushing into setting a date. A couple of years later however, and unbeknownst to Steve, they began trying for a baby. After some time without success, medical tests confirmed that Susan's chances of conceiving were tiny.

It came as somewhat of a surprise to both parties then, when, just a short time later, Susan discovered she was pregnant... 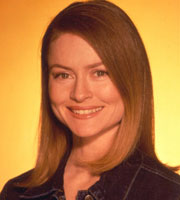 Sally is Susan's best friend. Despite being very beautiful, Sally is incredibly insecure, particularly regarding her appearance. Being the owner of a salon probably hasn't helped with this obsession about looks. Now in her thirties Sally is beginning to worry about the future, finding a man and having children before it's too late.

Sally first met Patrick Maitland at a party at Susan's office. The attraction was immediate and the two shared a kiss to the Spiderman theme tune. However Sally was rather drunk at the time and when Patrick asked for a number she assumed he wanted Susan's and gave that to him. Patrick ended up dating Susan and Sally decided that she and Patrick were not meant to be.

When Patrick and Susan finally split, however, Sally resolved to get her man - especially once Susan had explained that the nickname 'Donkey' did not refer to his brains!

After a good couple of years of off-on dating, off-on friendship, the pair resolved to call it a day; that nothing would become of the deepening bond that they were both in denial of. During one tense dinner party, however, Sally accidentally declared her love for Patrick - and he soon reciprocated. 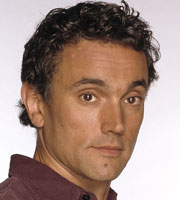 Patrick is the archetypal playboy. He thinks with his penis, drives a convertible red sports car, and lives in a luxurious top-floor apartment. Patrick doesn't believe in being complicated and likes to be direct.

Patrick's very popular with women, although most end up sickened and disgusted by his behaviour. He tends to view females in purely sexual terms. One of his most prized possessions is his collection of video-taped sexual encounters, kept in the sacred 'Cupboard of Patrick's Love'.

Despite his playboy lifestyle, there's something of the family man hiding within Patrick, and he certainly wasn't against settling down if he finds the right woman.

After numerous false starts - including a lengthy but not overly serious relationship with her best friend, Susan - Patrick and Sally grew ever closer and fall in love. Between her insecurity and his instinctive womanising it wasn't the easiest of relationships.

However, it didn't take Patrick long to realise he wanted to be with Sally, and nine months into their relationship proper he decided to propose. 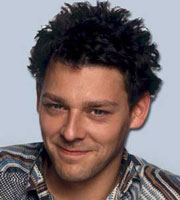 Jeff is Steve's best friend, and a colleague of Susan's. When it comes to women there not many men who can dish out so much advice based on so little experience. Raised by a rather domineering mother, he's had very few real encounters with actual women, leaving lots of time to theorise...

His inexperience and background mean he becomes extremely nervous around women and often blurts out the stupidest of things, piling lie upon top of escalating lie, unable to help himself. At school he was known as 'Scary Jeff' due to this kind of habit!

Despite the fact he has long moved into his own flat, Jeff's mother still haunts him and he regularly has nightmares about being caught by her in an embarrassing situation, with the ensuing exclamation: "Oh, Jeffery!". It's almost certain that her nature lead to his self-defeating manner, not to mention breast fixation!

In 2001 Jeff finally found his perfect partner: his boss Julia. Much like Jeff in her nervousness around the opposite sex, they developed a healthy and understanding relationship. Unfortunately for Jeff, an ex of Julia's returned suddenly and threw them off-course.

Following this setback, Jeff decided to move to Lesbos. Naturally. 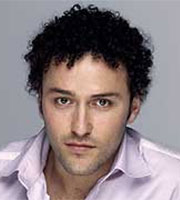 Oliver is what you might call the ultimate geek. Proprietor of a bookshop specialising in sci-fi, horror, fantasy, and TV tie-in merchandise, he's introduced to Steve, Sally, Susan and Patrick after meeting Jane through a dating service.

In many ways, Oliver is very like Jeff in the way he behaves around women and the fact he has had very little practice with them. Whilst not nearly as neurotic, he's equally easily flustered in their presence, and has a knack somewhere between Jeff and Steve of making a fool of himself by saying the wrong thing.

It took a while for Oliver to impress Jane, but after several chance meetings she finally took a liking to him. After a slightly turbulent break-up with the overbearing Tamsin a year earlier, his life was a little ... "unedited" but Jane just couldn't help warming toward his sweet, kind personality.