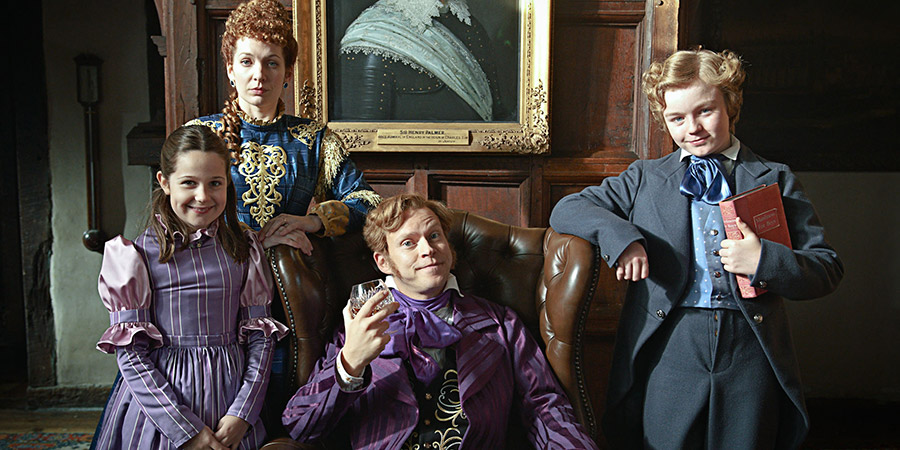 The Bleak Old Shop Of Stuff

The Bleak Old Shop Of Stuff is a TV series from Mark Evans, the writer and creator of Radio 4 hit series Bleak Expectations.

Inhabiting the same world as the radio series, but "inspired" by it rather than being an adaptation, The Bleak Old Shop Of Stuff is a four part comedy adventure focusing on Jedrington Secret-Past, an up-standing family man and owner of The Old Shop of Stuff, Victorian London's most successful purveyor of miscellaneous odd things.

The Christmas special revolved around the dastardly deeds of evil lawyer Malifax Skulkingworm. The first episode of the new three-part run sees Jedrington team up with a charming new business partner, but is Harmswell Grimstone (Blackadder's Tim McInnerny) all he seems, or is he actually massively evil like Malifax Skulkingworm was?