AKA: Prince Edmund Plantagenet; The Laird of Roxburgh, Selkirk and Peebles; Edmund, Archbishop of Canterbury; The Great Grumbledook; The Flat Adder.  Played by: Rowan Atkinson 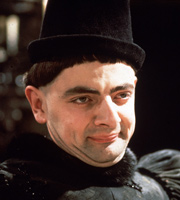 A snivelling, dim-witted weasel of a man, Prince Edmund Plantagenet was the first of the Blackadders, styling himself initially 'The Black Vegetable' before adopting the suggestion of his far wiser servant Baldrick; 'The Black Adder'. 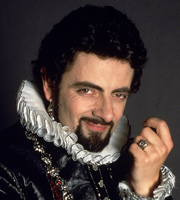 Blackadder is a ruthless man of independent means. He may bow before Her Majesty Queen Elizabeth I, but very much considers himself a king in comparison to anyone else - particularly dim-witted servant Baldrick or the friend he just can't get rid of, superbly naïve Lord Percy Percy. 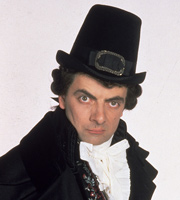 From second in line to the throne in the late 1400s, the Blackadder dynasty has fallen some way in the intervening 300 years; now serving as butler and personal servant to the Prince Regent, Prince George, the latest in the Blackadder line is a mere 'Mr', albeit as intelligent, creative, cunning, and ruthless as any other in his family line. 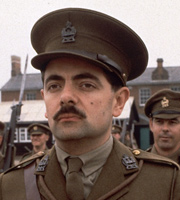 To say that Captain E. Blackadder is the type of man who doesn't suffer fools gladly would be an understatement. However, deep in the trenches of World War I he doesn't have much choice, surrounded on all sides as he is by idiocy of varying degrees, hence his constant state of annoyance. 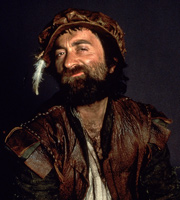 One word can be used to describe Baldrick: disgusting. Blackadder's sidekick and general slave hasn't ever had a wash by the looks of it. He takes most of the blame for his master's mistakes and also manages to come up with the worst ideas ever after uttering his catch-phrase "Sir, I have a cunning plan". You can't not like Baldrick though thanks to his sheer, innocent stupidity and terrible treatment.

The Baldrick from the first series is far cleverer and wiser than his master. Son of Robin the Dung Gatherer - he tends to prefer to keep quiet; after all, any good ideas he has are claimed by Edmund as his own. Just like his descendants though, he is undervalued and unappreciated - but doesn't really seem to mind. 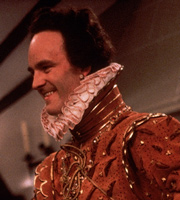 Camp and stupid, Percy does a good job of annoying Blackadder.

In Series 1, Percy, The Duke of Northumberland, is weasley and pathetic. A somewhat simple man with little foresight or analytical intelligence to speak of. 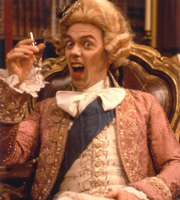 Despite the finest education that money could buy, George, the Prince Regent, has all the intellectual capability of a particularly stupid beetle. Unable to tell the difference between a play and real life, nor to comprehend that having no money would mean having no new socks, he relies entirely on his butler and manservant, Edmund Blackadder, in order to survive. Indeed, if they weren't both too stupid to understand each other, the Prince and Baldrick could be the best of friends. 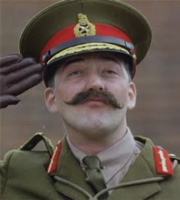 General Melchett is a loud, domineering oaf who only hears what he wants to hear; try telling him that the object of his affections is a man in drag, and he won't listen to a word. Blindly following orders from the few higher up in the ranks than him, he wouldn't know the meaning of 'impartiality' if it hit him in the face. 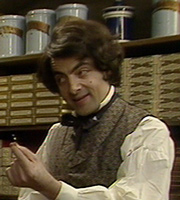 Ebeneezer Blackadder, a fair shopkeeper of Old London Town, is the nicest man in England. So nice, in fact, that Queen Victoria herself has heard of his warmth and kindness. Unfortunately, he's still one of the Blackadder line, and carries a cruel, manipulative streak inside. It's buried within him, but how much will it take to come to the fore? 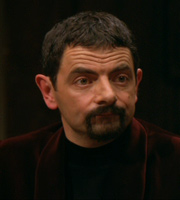 Lord Blackadder the Fifth loves a jolly good wheeze. He's mellowed a little from the majority of his predecessors - after all, he's finally more-or-less where he believes he should be in society - but still loves to taunt the dim-witted Melchett, Percy, George and Darlings in his life. Not to mention ride on the coat-tails of servant Baldrick's manual labouring whereve possible...

AKA: Richard XII of Scotland.  Played by: Brian Blessed 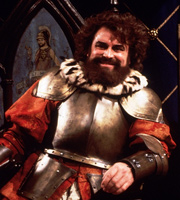 The King is loud, brash and brutish. He rarely remembers his own son's name, largely disregards his wife, and holds almost everyone else in the contempt with which he feels they deserve. 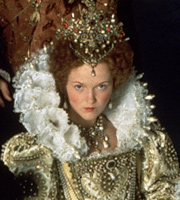 Although strangely loveable, the Queen is little more than a spoilt child. Abolishing and then reinstating the giving of presents on mere whims, ordering executions for no apparent reason other than to cure her own boredom, and watching her two favourite courtiers, Lords Melchett and Blackadder squabble incessantly, are all in an average week for this mad monarch. Not as mad, however, as her 'Nursie', a mad old woman who can always be found at her side... 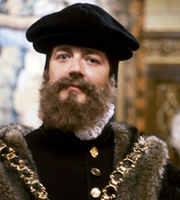 Melchett is the mild-mannered advisor to Queen Elizabeth. He is a voice of reason in the Royal court, but is often ignored. He doesn't like Blackadder. 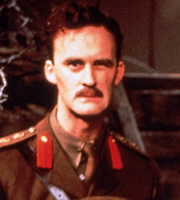 A vile, snivelling little oik who hides from action in General Melchett's formidable shadow, Kevin Darling encompasses all that Blackadder hates about the modern army. He delights in barking orders down the line and in getting petty revenge on others, but will tremble and falter at the slightest hint of some real work himself. 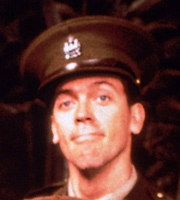 George is painfully enthusiastic and optimistic, often failing to see what is right in front of his eyes. He isn't stupid as such, at very least in comparison to Baldrick, but is certainly naïve. With a privileged but heavily sheltered upbringing, he has a limited grasp of the world, society or history, and fails to even make the connection between his best friend facing an unfair court-martial and his favourite uncle having been appointed Minister of War...

AKA: Bernard.  Played by: Patsy Byrne 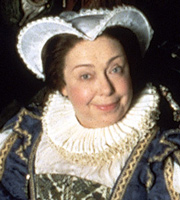 The constant companion of now Queen Elizabeth, Nursie is described by Blackadder as "a sad, insane old woman with an udder fixation". If she's not senile, she's certainly beyond the point of stupid, and it's certainly no wonder that the Queen herself is not the brightest spark. There's not a lot more that can be said about this particular blip in human evolution...

AKA: Gertrude, Queen of Flanders.  Played by: Elspet Gray 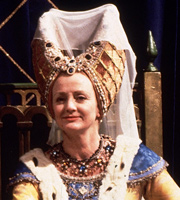 Queen Gertrude cares little for her brash husband, and even less for his occasional amorous attention. She treats her youngest son, Edmund, with a mixture of babying and disdain; she knows he's the "spare" and pities the poor wretch accordingly.