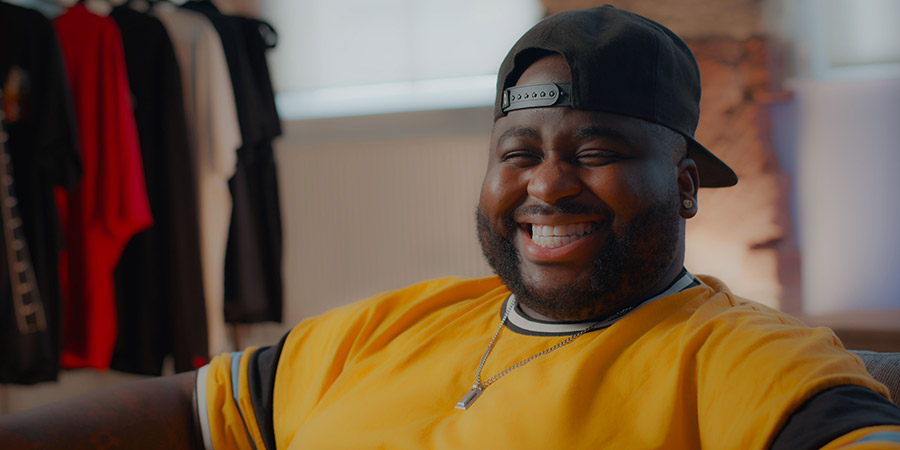 Bash The Entertainer: Behind The Smile

Director Stewart Kyasimire gets rare behind the scenes access to Scottish social media sensation Bachala Mbunzama, AKA Bash The Entertainer, who is loved by his 3 million social media followers and has a staggering tally of more than 3 billion combined video views.

This film will take you into his world and show his fans what life is like behind the smile.

When Bash isn't making the world laugh with videos like his famous Rhianna reaction video, or TikTok hit, CEO of Copying Sounds, he gives us an exclusive insight into how he uses comedy to fight racism and his battles with his mental health.

This documentary takes the audience on a journey with Bash and learns how he came to Glasgow as a refugee with his mother and siblings from the Democratic Republic of Congo, seeking asylum. Bash opens up about experiencing his first racist encounter in a Glasgow primary school and fitting in to life in Scotland. Bash would like to share his story to inspire anyone who has faced adversity in their lives, and let them know that you don't have to let negativity get in the way of your dreams.

Louise Thornton, Commissioning Executive for Digital, Social and Youth at BBC Scotland, said: "I'm really excited about getting Bash's story out on BBC Scotland, he tells his story with such honesty, emotion and humour. This documentary for me is all about supporting new talent like Stewart and shining a light on Bash's experience growing up in Scotland."