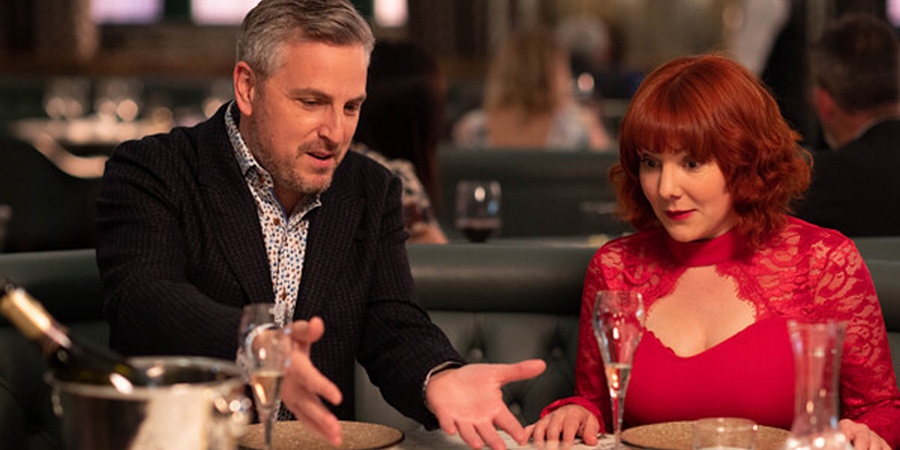 Alma is finally making some money by embracing her role as Ruby when she meets Phil. He's a client who is handsome and sophisticated, but is he too good to be true?

Alma is finally making some money by embracing her role as 'Ruby' so she decides to treat best friend Leanne to a shopping spree.

It's during this that she discovers Bolton Acting School - which boasts the crème de la crème of local acting talent - and decides to join up. Then just when life doesn't look like it could get any better for Alma, she meets Phil. He's a client who is handsome, sophisticated and insists on taking Ruby's private number - but is he too good to be true?

Meanwhile Alma arranges another family meeting between Lin and Joan at a posh restaurant - but it's not to everybody's taste.