10 great facts from The Unbelievable Truth 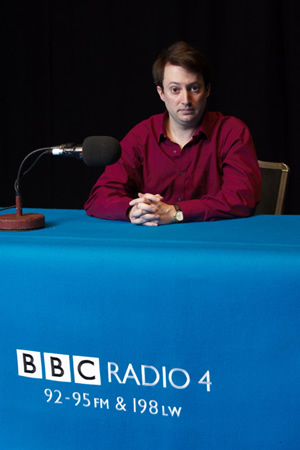 Since it began in 2006, David Mitchell's The Unbelievable Truth has made itself nicely comfortable alongside shows like Just A Minute and I'm Sorry I Haven't A Clue in Radio 4's Monday evening comedy slot.

For those who haven't caught the show before, the format involves comedians giving lectures on a subject - with the majority of their speeches consisting of fabricated lies. However, there are some truths hidden in amongst the words.

We are close to 10 years of strange facts being smuggled into lectures, so we thought we'd select 10 of the most interesting true facts here:

- It was once thought that ringing bells would drive away thunderstorms. Instead, the people ringing the bells got struck. This belief continued until the 18th century. In France between 1753 and 1786 lightning struck 386 church towers and killed 103 bell ringers. To make things worse, at the time gunpowder was stored in churches.

- George W. Bush was the first US President to be elected with a criminal record. His offences were drunk driving, stealing a large Christmas wreath from a hotel, and ripping down the Princeton goalposts after an American Football match between Princeton and Yale. According to the White House website, he graduated from Yale "in the top 86% of his class".

- John Logie Baird once blanked out the whole of the electricity supply of Glasgow after a failed attempt to make artificial diamonds. He also invented an inflatable shoe and a glass razor, but these never took off. However, he did successfully invent and market thermal socks.

- In 1995 one man bet £1,000 that Goran Ivanisevic would not smile on camera during the whole of Wimbledon. Ladbrokes offered odds of 13-10. Ivanisevic was so incensed by this that he broadly smiled every time he appeared on court. The man lost the bet.

- The BBC once forbid jokes about stammering. In their "Green Book" published in 1949 the BBC also banned jokes about chambermaids, lavatories, fig leaves, honeymoon couples, lodgers, weddings, solicitors, effeminacy in men, the Boer War, and vulgar use of the word "basket".

- In 1987 a squirrel brought the NASDAQ stock exchange to a standstill after it chewed through a telephone line.

- The Vikings can claim to have begun the custom of getting drunk and taking your shirt off before having a fight, because Vikings fought stripped to the waist and drunk ale before a fight. 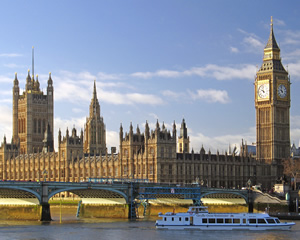 - If you believe Mel Gibson, furniture as we know it today was invented by Jesus. In The Passion of the Christ the Virgin Mary is astounded by an ornate modern table made by Jesus. She declares in Hebrew, "This will never catch on."

- At the age of five, David Mitchell wrote a letter to the TV programme Play School suggesting ways the BBC could solve its union problems (the show's clock stopped going around due to a union dispute). He got a reply along with a BBC balloon, which he was very proud of.

Want to hear more unbelievable truths? Tune in to Radio 4 on Mondays at 6:30pm.

For added fun, why not attend a recording in London? Tickets are free via Lost In TV