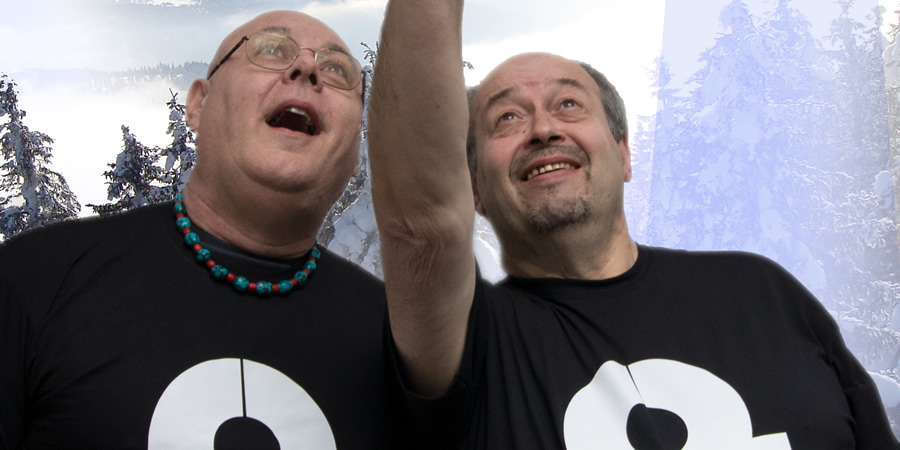 We'd been working together for quite a few years, and despite our background in sketch writing (Burkiss Way, Son Of Cliché, Spitting Image etc) we'd entirely focussed on narrative comedy, and had never even considered penning a sketch together.

We'd just finished The Quanderhorn Xperimentations, which was a vastly complex project, writing and producing the radio series in tandem with a novel, and we got an offer to work on a live TV sketch show.

It sounded like it might be fun (it was) and lucrative (it was not), so we dusted off our sketch writer hats and took the plunge.

It was an extremely liberating experience. No need to worry about plot development or character arcs or any of that malarkey. Just get an idea, write three or four pages, and it's done. On to the next one. Also the art of sketches had evolved in the intervening years, and that made the genre fresh for us.

The TV show didn't make it past pilot stage, for various reasons, but our interest in the form was well and truly piqued.

A new round of Radio 4 commissioning came up, and we decided to submit a proposal for a sketch show with us in it. Given a very clear injunction in the brief was that they weren't interested in any new sketch shows for the moment, we thought it would be fairly summarily dismissed.

We were commissioned for a pilot.

The downside of writing sketches is the blank page, the blinking, taunting cursor, challenging you after every piece to come up with yet another idea. When you've written literally hundreds, even thousands of sketches, eventually the well runs dry and you can spend days in a limbo fugue of idealessness.

That didn't happen on The Nether Regions. It was as if ideas had been percolating in a giant mental vat for both of us (for a combined total of seventy years), and they didn't stop coming. No blinking cursor for us!

And now all we have to do is record it.