BBC Radio 3 is to broadcast Adrian Edmondson - Signs Of Life, a series of autobiographical essays written and read by the Young Ones star.

The five part series, comprising of 15 minute episodes, will be broadcast nightly at 10:45pm from Monday 5th July.

The series is described as: "Moments of quiet revolution from the life of Adrian Edmondson: comedian, actor, writer & musician."

The episodes, which have been recorded and directed by Caroline Raphael for Dora Productions, see the comedy star "consider moments of personal and social change".

The first episode, titled Sugar Sugar, will focus on his unhappy time at boarding school. In the episode Adrian remembers his first dance at the school disco and the moment that signalled the end of his childhood.

Smoked Out - which is the second episode - sees the comedian talking about how his "long love affair with cigarettes", which "came to an end when he found everything he had been missing."

Wednesday's episode - titled Fegato Per Due - will see Edmondson focusing on his time with The Comic Strip. He says in the episode: "I'm working at The Comic Strip. 'Evening Vernon, Evening Ray!' I shout. 'Evening Nigel,' they shout back. Well, perhaps they don't know me as well as I think they do, but at least they think they know me."

Episode 4 - It's One Rule For Them - focuses on how the star as always struggled with rules, "be they rules at school, dress codes or codes of conduct that that create different rules for different people." In this essay he also remembers a particular incident that occurred when he appeared on stage with The Who.

The final episode - A Boy Named Sue - sees Adrian discussing names. "No one knows what to call me. Even me. People say 'Do we call you Ade or Adrian?' And I usually say, 'Whatever you can manage'". He also ponders his family history and how he came to be called Adrian. 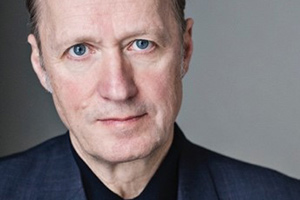