Josie Long - All Of The Planet's Wonders 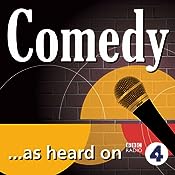 Each episode is anchored by Josie Long and Maeve Higgins in the studio, with Josie presenting her essay on the week's subject and Maeve helping with questions, illustrations and interruptions. The guests help to play extra characters or to provide specialist advice.

In the first episode Josie uses the book 'Astronomy for Dummies' to try and unravel the greater mysteries of the cosmos.

In the second episode, 'The Enlightenment', Josie explores the history of collecting things and discovers the Enlightenment. She tries to defy her arty-student past by becoming more scientific and takes controversial anatomist and Bodyworks impresario, Professor Gunther von Hagens, to task for being a 'demon with ready access to plasticine.'

In 'Obscure Animal Facts' she explores the fantastic world of animal trivia in a bid to become the ultimate quiz contestant. To do this she looks back at her animal rights activist past, questions why she grew out of this phase and interrogates her father over his quiz-buff history.

The final episode, 'Propriety, Plants, Grandparents, and Growing Your Own' sees Josie presenting a show about propriety, plants, grandparents, being connected to the world around you and growing your own food.