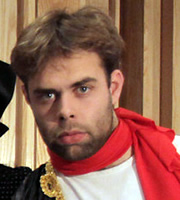 Charming, handsome, fearless, stubborn, stupid, wreckless... Esteve the Matador is a veritable paella of personalities and his arrival in sleepy Shavingham is likely to incite more of a frenzy than the Pamplona bull run.

Dismissive of advice and led by his cojones, our unlikely hero sets his sights on the beautiful Vicky with all the sensitivity of a pinata party. His passion and heroics have won him plaudits at home in Spain, but will they be of any use here? And as he vies for Vicky's heart and struggles to come to terms with his own prejudices, will bravado be enough to face down the challenge of Trevor Sorbet? 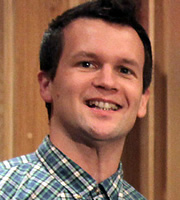 Trevor is a superlatively gifted hairstylist - and he knows it. The recent mysterious death of veteran town barber Johnny Johnson had left Trevor in the unanticipated but not at all displeasing position of Shavingham's solitary mop-chopper - but when Johnny's matador son Esteve shows up, Trevor's supremacy is threatened and he must rise to the challenge.

Meanwhile, his innovative new haircare product - Trevor Sorbet's Miracle Mousse with Encapsulated Nano System - has set follicle fanatics' hearts racing across Norfolk - but is there more to the mousse than meets the eye? 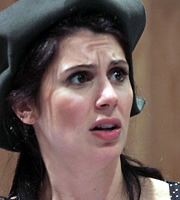 Headstrong and wholesome, Vicky's beauty is admired across the county - almost as far as Kings Lynn. She's a community woman, town-crying the news to the good folk of Shavingham and working desperately to save the seals she loves so dearly.

Devoted to her father and beloved of the locals, Esteve's arrival sends her soul into a spin... But will she allow his rugged exoticism to intoxicate her steady mind? Vicky is a fine student of hairdressing, a resolute animal rights activist and a black-belt in karate. 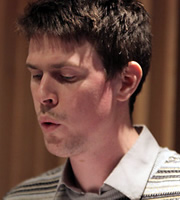 While Rod is a classically-trained barber with decades of experience and an encyclopaedic knowledge of all thing tonsorial, tragically he has been unable to touch or even look at a pair of scissors since 1986 due to a stress-related illness.

Played by: Will Kenning 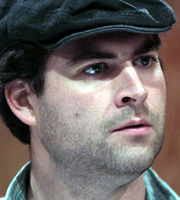 Matty's family have been dairy farmers for as long as there have been written records in Shavingham - since the 1970s, at least.

But, as an agriculturalist with his finger on the pulse of 21st century Norfolk life, Matty has striven for dynamic enrichment of his legacy through diversification into the world of mass oriental citrus fruit production, specifically kumquats.

He also enjoys talc and male grooming products, and is an avid fan of Trevor Sorbet's Miracle Mousse.