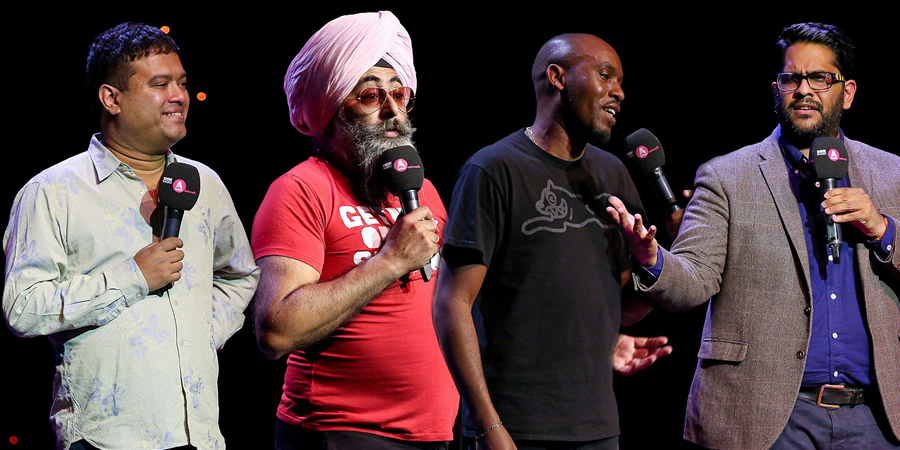 Asian Network took over the spectacular Curve Theatre in Leicester in October for yet another night of laughs from some the nation's biggest acts. Hosted by Tommy Sandhu and recorded in front of full-house, the show features Paul 'Sinnerman' Sinha from TV quiz show The Chase; the star of BBC Three's Sunny D, Dane Baptiste; 2016 Piccadilly Comedian of the Year Eshaan Akbar and the acclaimed Hardeep Singh Kohli.

This episode is also known as 'Comedy from the Curve'. The video version of this gig was shown on the BBC Red Button on the 28th October 2016.