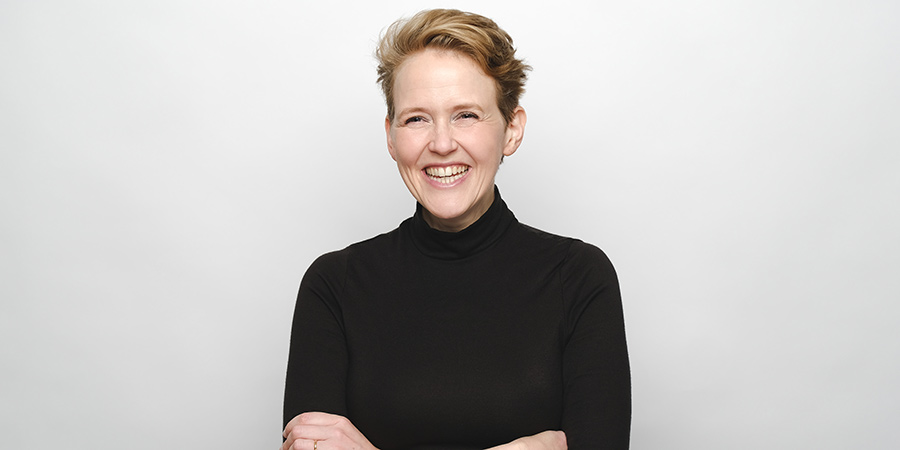 Pippa Evans on the benefits of improv

Pippa Evans has a great book out called Improv Your Life: An Improviser's Guide to Embracing Whatever Life Throws at You. We caught up with Pippa to discuss why everyone working in comedy should be using improv to enhance what they do. You don't need to be a performer, improv techniques can benefit everyone.

You've been performing improv for decades. Why now for this book, and how does it differ from other books on improv?

Firstly, I was asked to write it. This always helps when writing something. If someone else has asked and is paying you to do the writing, you have a deadline and an editor, that makes things way easier.

It is different from a lot of other books about improvisation because it is from a female perspective (The majority of improv books in existence are written by men or with men - although shout out to Katy Schutte's The Improviser's Way and Jill Bernard's The Cute Little Book Of Improv) and it is part improv manual, part memoir and part life guide. So less of a comedy handbook and more of a philosophical approach to life through improv.

Do you think every comic writer and performer should try improv at some point, even if they only want to write/perform scripted projects?

Absolutely. It teaches you to get back up when a jokes stinks, to keep trying, to know there is always more to say/write/make.

You know that awful feeling when you have been working on a script about a bus depot and then someone says 'I've just had my script about buses commissioned!'... which means you now will most likely not be able to get your script made for another 20 years? It helps you decide how to move forward... 'OK! I can make it a play' or 'I'll change it to be about taxis' or 'I'll write a whole new one'.

Improv stops you feeling stuck, helps you with collaboration (particularly important if you want to work in writers' rooms) and keeps you pushing forward, because there is always more. 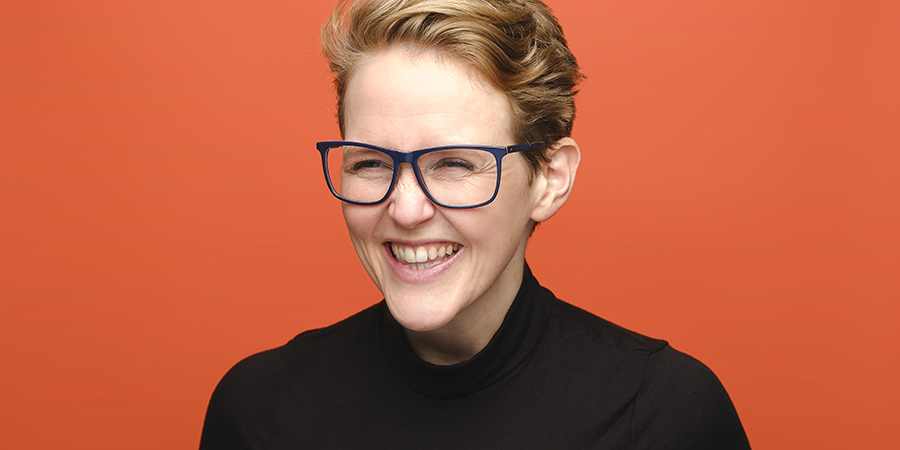 'Yes and...' is an important concept in improv. You explain it in detail in the book, but perhaps you could give us a rough overview of what it's about here?

'Yes And' is the practice of accepting an idea and building on it. So if someone wants a sketch about the White House, you accept the premise and build from there. For example:

Let's do a sketch about the White House!

Yes, and we'll imagine the mess Trump has left when he moved out.

Yes, and the cleaners are finding weird stuff in all the drawers.

Yes, and it's like an episode of that Channel 5 programme World's Dirtiest People

The exercise asks you to say 'Yes And' but in life, you don't have to say it, you simply use it as an approach to a project or task. It encourages collaboration before justification - particularly helpful in comedy. Our sensible brain often wants to say Yes But... because we don't know where the scene is going. Or we don't think it makes sense. If we Yes But before we have explored all the scenarios, we can shut down ideas before they have a chance to blossom.

Can you talk a bit about why 'blocks' are to be avoided?

Blocking is denying the reality that has been presented to you. It deflates and removes any energy from the process.

If you say 'Let's do a sketch about The White House' and immediately someone says 'It's been done already.' You are not going to be excited to work with this person. How do they know this isn't a fresh take on White House gags? There is no acceptance of the first offer with a full block - so it feels like you have been completely ignored and shut down.

It is often a power play - I shut down your idea before you have a chance to shine so that I look good, I show I have the authority in the room. If we want to encourage creativity, finding the funny in the most unlikely places, constant blocking will destroy any chance of this. Sure, we need to block sometimes but check in if you have allowed an idea space to breath and what your motivations for blocking are when it comes to comedy ideas.

It's not just in relation to other people, either. A lot of the time we block ideas we come up with ourselves. We decide they aren't funny before we've actually explored them. Don't forget to Yes And yourself. 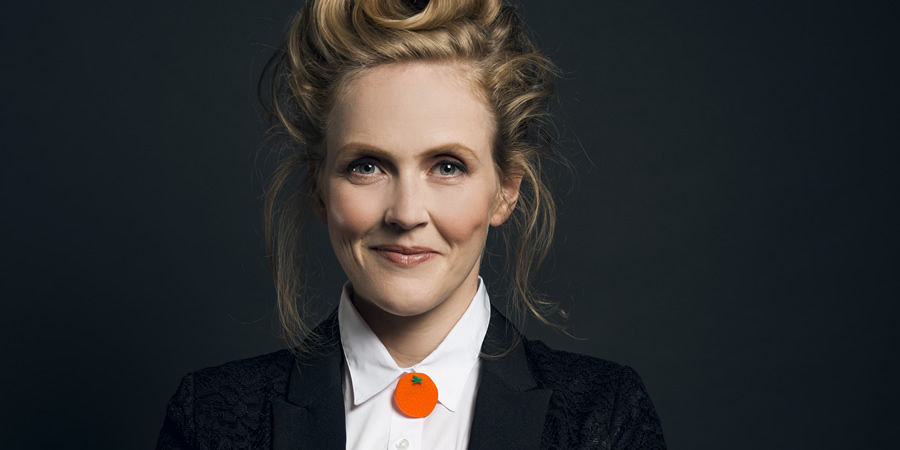 Looking and listening are very important parts of being an improv performer as well, and part of the secret to improv success?

Yes - it is all about connection. Your characters need to bounce off each other. Why do people love Ant & Dec so much? Are they the most hilarious people in the world? That isn't actually the most important part of their comedy relationship - what they have is great connection. That bounce is what makes them so excellent. The shine in their eyes that shows they are happy to be together.

In improvisation, if there is no connection - if it is just a group of people all competing to be funny - the show will fail. If you have a group of people totally connected and building each other up, working together, the show will be a great success. Connection is as, if not more, important than punchlines. In fact, you are more likely to find the punchline if you are connected as performers. 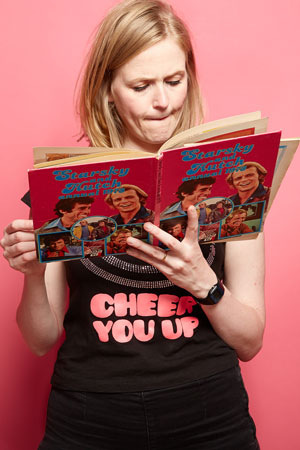 One of our favourite chapters is the one in which you speak about the power of 'no'. It's quite a nuanced chapter that people should read in full, but the essence is that - even though improv teaches the positive power of yes - saying 'no' can have real benefits (albeit not when used in a scene on stage)?

The crux of it is this - sometimes NO is a YES to yourself. A character can absolutely say NO on stage. People say NO all the time and the world doesn't end. What happens is people confuse YES AND and NO for lines that must or must not be said, rather than exercises to be practiced to understand the impact of accepting and building and blocking.

This is particularly important when someone makes a gross or degrading offer to you - you don't have to do it. If you want to you can leave the stage. If you want to stay, your character can say NO and the scene will continue. This is all dependent on how safe you feel and how well you know the performer making the offer. Are they abusing the power of being on stage or are they making an offer which you are able to play with?

Or 'Mum - John is talking about his willy again!'

Unfortunately, sexually aggressive offers is something that comes up in improv - particularly with new players. A bit like new stand-ups, sometimes we go to the shock-offer to make an impact. There is a whole world to make jokes in and about- let's be bold to make choices that delight the audience and each other, to be brave that the laugh might not arrive for a whole minute, rather than try to get an instant, hollow laugh from putting our fellow players in uncomfortable situations.

To an outsider, an improv group can perhaps look quite intimidating to get involved with. They all seem to be close knit groups of existing friends. How can people try improv on stage for themselves?

Right now is a great time - there are loads of online jams and classes. Check out Hoopla or The Maydays, DDG or The FA. Those are just a few online offerings.

These are great places for you to dip your toe in and see if you like it - play with lots of different people and start to get known. It's like anything - the first time might be a little daunting, but after that you will start to see familiar faces. If money is a problem, there are lots of bursary schemes available and scholarships for underrepresented groups in improv. Have a Google. 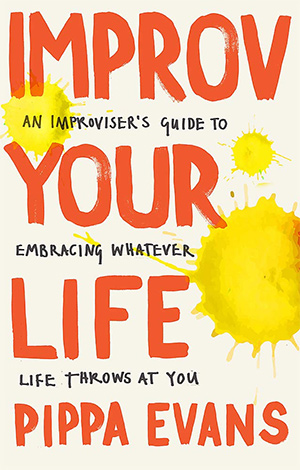 Can you tell us more about the courses you run?

My courses are aimed more at the non-performer. People who want to try improv but aren't really looking for a career in comedy or such. Performers are welcome, I just don't focus on the performative aspect so much. Instead we use the time to reflect on what the improv is telling us about ourselves. How we respond to not knowing what is going to happen, practicing being in the moment and trying on different character clothes. I run a monthly drop-in on the 2nd Saturday of the month and 5 week courses online.

In conclusion, people should say 'yes', not 'no', when it comes to answering the question "Should I get a copy of the new book by Pippa Evans?"?

Oh YES for sure - it covers a lot of my career in comedy and all the learnings I made so far, along the way, which all relate to improv techniques and philosophies. Like many improvisers, my career has been sprawling, varied and random. So if you want to understand a bit more about the philosophy of improv, read about choices I made and why and think about how life is one big improv game, it's the book for you.

Improv Your Life: An Improviser's Guide to Embracing Whatever Life Throws at You by Pippa Evans is published by Hodder Studio in paperback, ebook and audio.

To find out more about Pippa and her workshops see pippaevans.com