RHLSTP #33: Stephen Merchant - Suckling Milk From A Cow's Udder. Richard gives his surprise mystery (to the audience at least) guest possibly the worst introduction known to mankind, but gigantic Stephen Merchant is more than a match for this tiny Somerset hobbit. The pair discuss big foot-based anal sex, the disappointing lack of shenanigans in the bar at the 1997 reboot of Blockbusters, setting up Jack Bauer's Facebook page, penis-length anxiety, how Stephen accidentally ended up shooting a porn film, the Wookey Hole paper-mill, what it's like picking up Ricky Gervais' Bafta and the rigours of filming with Halle Berry. Tim from The Office might get a mention. Due to Richard getting a bit overtired and overexcitable it goes a bit weird towards the end, but Stephen has achieved a lot of success through the comedy of embarrassment, so it's nice for him to witness some at such close quarters. You are going to enjoy Richard trying to dig himself out the hole he creates and doesn't seem to want to escape. It's an awkward end to a fun series of which Richard is both proud and ashamed. We'll be back in February with more. Thanks for listening and thanks to Chris Evans (not that one) and his team, Ben Walker, and the Leicester Square Theatre for all their support.

Remember you can buy this and all the episodes in this series on video at gofasterstripe.com/podcasts. Your financial support will ensure the continuation of this podcast and other exciting projects. Or buy RHLSTP t-shirts from richardherring.cottoncart.com 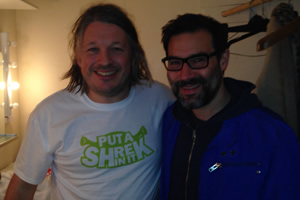 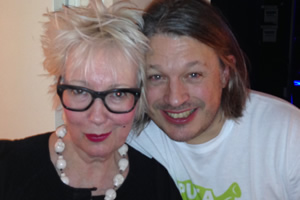 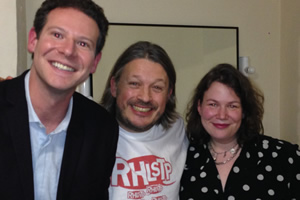 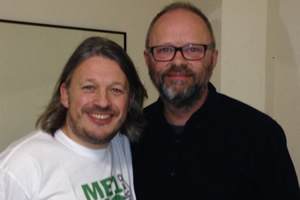 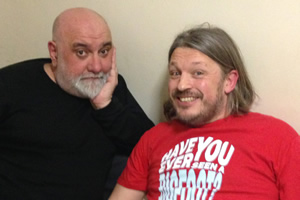