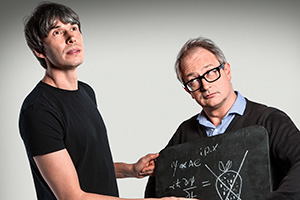 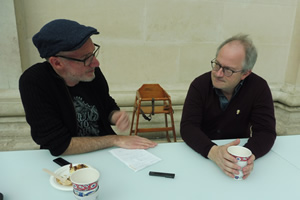 We were wondering where in the West End to meet Robin Ince for a chat about his books (out and forthcoming), progress hinderers, problematic material, and this year's two-city Nine Lessons and Carols for Curious People. What better setting than tea at the British Museum, right next to some totem poles? 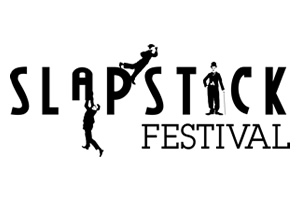 The Slapstick Festival 2020 will run from 23rd to 26th January in Bristol. Stars set to appear include Rob Brydon, Barry Cryer, The Goodies, Harry Hill and Stephen Merchant. 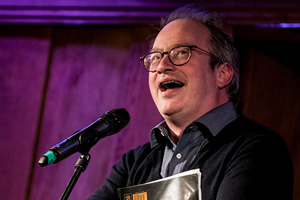 The cosmically shambolic Robin Ince is back with 9 Lessons, and a book, and some painful memories about crying in back alleys. 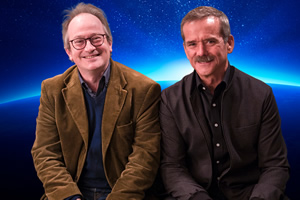 In advance of Robin Ince and Chris Hadfield's Space Shambles at the Royal Albert Hall, Rogue Pun wondered - does Robin find sci-fi daft now, after working with science types? Plus he tells us his top 5 sci-fi novels. 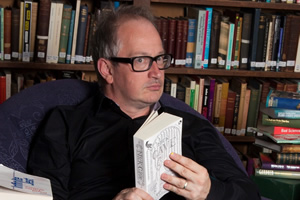 He's back running the festively traditional Nine Lessons and Carols for Godless People, and back doing stand-up - where would modern comedy be without Robin Ince? Serious question. 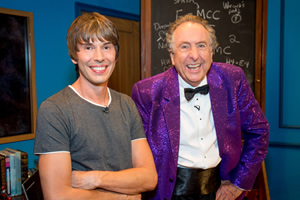 A look at the forthcoming Rutland Weekend Television special The Entire Universe. Eric Idle and Professor Brian Cox present the story of the universe via larger than life comedy characters. 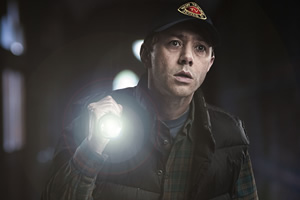 A podcast in which Reece Shearsmith plays a previously un-seen League Of Gentlemen character, and gives some hints about what we can expect from Series 3 of Inside No. 9. 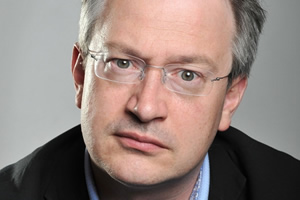 Ploughing his own singular furrow as far as stand-up careers go, the accidentally influential Robin Ince returns with another science-based outing. But how will it do in the provinces?

Bristol's annual Slapstick festival of silent and classic comedy is adding a choice of celebrity-led live online events to the series of archive treasures it has been sharing via its YouTube channel since the start of the Covid-19 lockdown.

How did The Infinite Monkey Cage's virtual audience go?

Earlier this week, amid the coronavirus pandemic, the BBC recorded its first programme with a live audience listening from home. Could this be the new normal for radio comedy shows?

Radio 4 panel show The Infinite Monkey Cage is to be the first to trial a BBC remote virtual audience recording system. Audience members will be able to watch the recording via Zoom, where their laughter will be recorded.

A survey of the comedy industry has revealed that the coronavirus lockdown has cost venues, promoters and comedians millions of pounds. Over a third of responders said they will have to reconsider working in comedy if lockdown continues for another three months or more.

How comedians are fighting coronavirus from their sofas

Being an observational comedian is a lot tougher when there's nothing to observe but the same four walls every day. But necessity is the mother of invention, as comedians have shown this week in a flurry of online shows - many available now for catch-up viewing, and with more happening every day.

When the coronavirus hit home last week there was a lot of talk about comedians setting up online gigs as their touring workload dropped off a cliff.

A comedian walks into a coronavirus crisis...

For the nation's stand-up comics, jokes about Covid-19 are being delivered through gritted teeth -- for an industry that was the first gig economy, the total shutdown of most comedy venues means the nation's gagsters are short of cash and short of an audience.