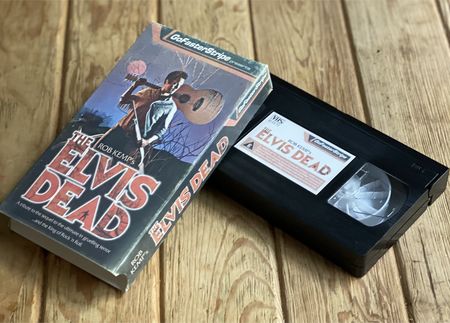 Rob Kemp is not an icon as far as he knows, but he does love Elvis and horror, and has been told that he bears a passing resemblance to Bruce Campbell.

The Elvis Dead started as a throwaway comment in a comedy green room, and is the very definition of taking a joke too far.

So don your sequinned jumpsuit, strap a camera to a greased-up two-by-four and sing your way through as much of the plot of Evil Dead 2 as you can in an hour.

The cult hit of Edinburgh Fringe 2017, this multi-award-winning (and even multier-award-nominated) one-man-horror-comedy-mash-up was recorded for posterity as part of the fourth GoFasterStripe Festival and frankly, Rob couldn't be happier about it. 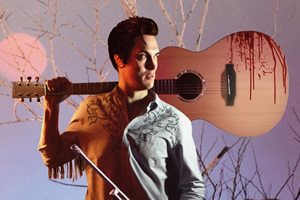 Rob Kemp's epic show The Elvis Dead is getting a suitably '80s-style release. But how, why, and what are his most-watched videotapes, ever? 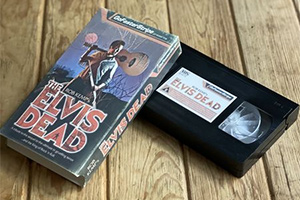 Rob Kemp's multi-award winning show The Elvis Dead is to be released... on video cassette.